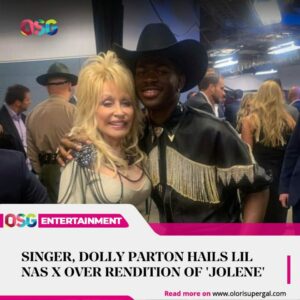 “I was so excited when someone told me that Lil Nas X had done my song “Jolene”. I had to find it and listen to it immediately…and it’s really, really good.

“Of course, I love him anyway. I was surprised and I’m honored and flattered. I hope he does good for both of us. Thank you Lil Nas X”.

He recently teased that he will not rest until he “has collected every Cyrus stone to harness the ultimate power.” Perhaps this is part of his quest as Parton is Miley Cyrus’s godmother.