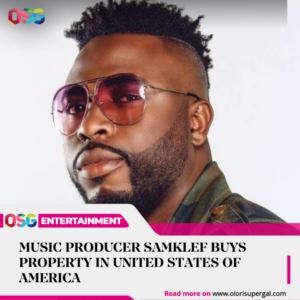 Nigerian music producer, Samuel Oguachuba, better known as Samklef has joined the host of Nigerian celebrities who have houses outside the country.

The American-based producer took to his Instagram page to share a video of his first property in the United States of America USA.

While he encouraged people to work in silence, he noted that Nigerians often look down on people who don’t show off. He also listed businesses he does that bring him money.