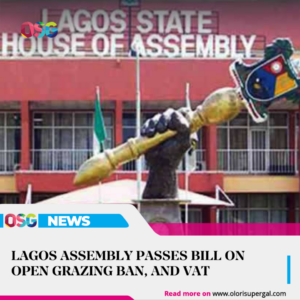 The two bills were passed after undisputed votes by the lawmakers at the sitting where they were read the third time.

The bill that prohibits open cattle grazing recommends a 21-year jail term for herders in possession of firearms and the establishment of a task force to curb open grazing of cattle.