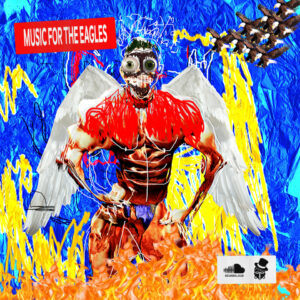 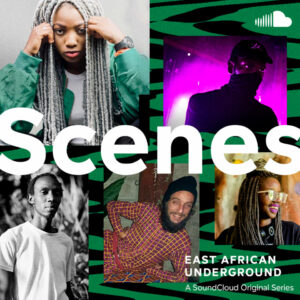 As a global platform for connectivity, collaboration and community, SoundCloud plays a unique role in
spotlighting next-gen music landscapes. In “SCENES: East African Underground” and on “Music for
the Eagles”, discover the thriving artist communities who find each other IRL, via the Nyege Nyege
collective and on SoundCloud who are forging their own path and alternative sounds out of Uganda,
Kenya and Tanzania.

“‘SCENES’ and compilations like ‘Music for the Eagles’ are focused on driving global music discovery
around the trailblazing communities of artists and passionate music fans who are propelling
mainstream music trends of tomorrow,” said Leon Sherman, Director of Editorial, SoundCloud. “From
first spotlighting the genre-bending scene, Digicore, to PC Music and Hyperpop, which have swept
popular music this year, we are excited to now amplify the future-facing sounds of the East African
underground movement and the incredibly influential Nyege Nyege Collective.”

“Nyege Nyege and SoundCloud share a love for underground music and community building,” said
Derek Debru, co-founder of Nyege Nyege. “’Music for the Eagles’ is both music that engages
audiences into new sonic territories and also an opportunity for many emerging artists to get a
formidable spotlight to further their career and engage with global audiences.”

“My exposure to the underground electronic music scene in Kampala is when I really started to be
free,” Slickback says in the episode, and adds, “It’s unbound in the way artists express themselves and
respond to sounds.”

With 14 never before released tracks from emerging scenes of the continent, “Music for the Eagles”
features exclusive works from local heroes, and introduces up-and-coming talents representing a
variety of unique genres. Artists featured include local heroes such as Nairobi-based rapper, singer and
producer Boutross, Traditional adungu and nanga harp master and singer, Otim Alpha and Tanzanian
producer Jay Mitta, with his unique take on the sound of singeli. The album also introduces up and
coming talents like Kenyan future-pop artist KABEAUSHÉ, Ugandan grime, hip-hop and punk master
MC Yallah, dynamic rapper Ecko Bazz, and features artists beyond East Africa including Durban’s
Phelimuncasi with their signature style of Gqom, along with many more from a diverse range of
underground scenes.

“East Africa is bubbling with so much music right now, and young people are taking risks and finding
new sounds, people are starting to be more curious about each other and mingle their scenes,” said
MC Yallah of her sound on the album. “That’s why I wanted to mash up my hip hop vibe with Nairobi’s
metal sound.”

About “SCENES”
Rising communities and culture-shifting collectives form and grow on SoundCloud and continue to
drive what’s next in music — from SoundCloud’s early days as the home to the hottest DJs and artists
to giving birth to brand-new sounds and genres (like SoundCloud rap). SoundCloud’s original series
“SCENES” explores the unique elements of these collectives and movements — how they are
shaped by a sense of community versus by their sounds or genre, the artists gaining traction are
younger than ever and more DIY, and the 3-minute song is no longer standard.
Check-out all SCENES episodes, Personal Computer Music, an innovative hyperpop movement brought
to life by groundbreaking producer, singer and songwriter A.G. Cook and his record label PC Music,
and Digicore, shaped by a young, diverse, internet-inspired generation of DIY creators. Stay tuned for
updates on “SCENES” via SoundCloud’s Youtube channel, Instagram, and Twitter

SoundCloud is a next-generation music entertainment company, powered by an ecosystem of artists,
listeners, and curators on the pulse of what’s new, now and next in culture. Founded in 2007,
SoundCloud is an artist-first platform empowering artists to build and grow their careers by providing
them with the most progressive tools, services, and resources. With over 250 million tracks from 30
million creators heard in 190 countries, the future of music is SoundCloud.

About Nyege Nyege
Nyege Nyege formed as a club night in Kampala with the aim to create a space where homegrown,
East African DJs, musicians and artists could take risks playing a wide range of sounds in a safe and
supportive environment; a place where like-minded people could hang out and enjoy music, share
ideas and become friends.
The motivations behind the night, and the emergence of a community around it, form the basis for
every subsequent project, including a music festival, a professional community recording studio and
residency space and two record labels all integrated into a holistic incubation platform to support the
underground music community.
Using their collective expertise to produce, programme and curate, Nyege Nyege is focused on
exploring new, boundary-pushing ways to platform and champion an emerging generation of
creatives.

Editor’s Note: Press assets here include artist bios and photos, stills and a main image from the
“SCENES: East African Underground” episode, “Music for the Eagles” album cover art, and a social
media kit including clips from the episode.