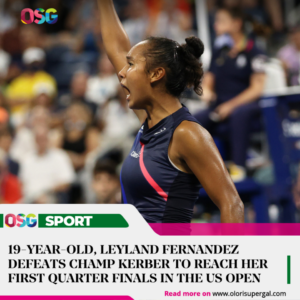 After defeating Naomi Osaka on the eve of her 19th birthday, Canadian teenager, Leylah Fernandez, continued her remarkable US Open journey by defeating 2016 Champion, Angelique Kerber.

With this win, she has now advanced to the first quarter-finals of her career. She is among the three teenagers to have broken through at the US Open.

She is facing fifth seed, Elizabeth Svitolina, for a semi-final spot in the US Open.