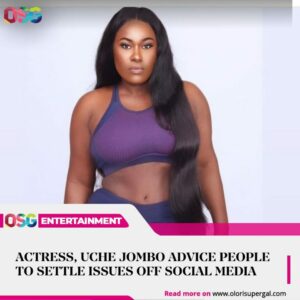 The actress, took to microblogging platform Twitter, to dish out her opinion, pointing out that the internet doesn’t forget things.

“I don’t know why people don’t get it.

“The internet does not FORGET. Settle these things off the internet.”

Recall that a few days back, Annie Idibia, the wife of music icon, 2Baba, took to social media to spill her family drama.

Nollywood actress, Tonto Dikeh, isn’t left out as she and her politician ex-boyfriend Prince Kpokpogri continue to drag each other after their relationship crashed.