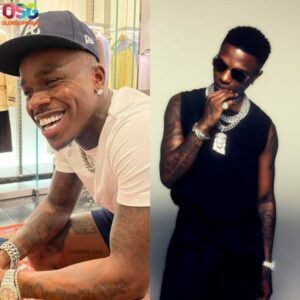 Wizkid hit song, Essence has continued to stay on top of the Afrobeat genre. This, after American rapper, DaBaby, did a freestyle remix of the song.

He also shot an official video for the two minutes freestyle which he posted on his YouTube channel which so far has over 620,000 views with about 7,500 comments.

The Grammy-winning singer released the original version of Essence, which features Nigerian singer Tems on his Made in Lagos album on October 30, 2020.

The song has gained international recognition as different celebrities all over the world keep jamming to it. It has also been tagged song of the summer by Canadian singer, Justin Beiber, who featured on the remix of the song and further shot a video for his verse.

The new remix sees Essence moved into the top 10 of Billboard’s Hot R&B/Hip-Hop Songs chart with a 13-5 lift on the chart. It also holds the number seven position on Apple Music’s Top 100: Nigeria.

As of 31st August, Essence, became the most searched song on the music search platform, Shazam.