BLACKGROUND RECORDS 2.0 RE-RELEASE AALIYAH’S ONE IN A MILLION ALBUM 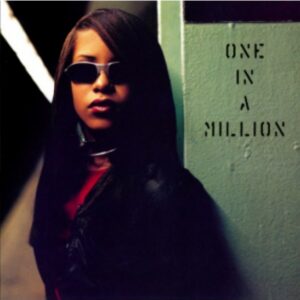 San Francisco, CA – August 20, 2021 – Today marks the re-release of 5x Grammy-nominated superstar Aaliyah’s studio album, One In A Million. This is the first project from the late icon Aaliyah’s music catalogue that is now being re-released for the first time in years to be available across streaming platforms via partnership with Blackground Records 2.0 and EMPIRE. In addition, Aaliyah merchandise will be available for purchase at blackgroundrecords.net.

One In A Million might be familiar to some, but is a new sound to the younger generations as this re-release has been anticipated for many years. The 2x RIAA Platinum album produced by Timbaland and Missy Elliott includes classics “If Your Girl Only Knew” which peaked #1 on the Billboard Hot R&B/Hip-Hop Songs chart for two consecutive weeks alongside hit tracks “One In A Million,” “Got to Give It Up,” “4 Page Letter,” “Hot Like Fire,” and RIAA Gold “The One I Gave My Heart To.” This was the megastar’s sophomore album and the beginning of her successful and influential career as it sold three million copies in the United States and over eight million copies worldwide.
Some critical acclaim from media surrounding the premier release of the album: “One In A Million found Aaliyah at the nexus of street savvy R&B and elegant pop.” – Spin Magazine (2001)

“One In A Million resides on a different plane than the legion of sophomore attempts that produce only one or two gold singles, Aaliyah is ready to showcase her mature side, her best songs are about relationship woes.” – The Source Magazine (1997)

“…Aaliyah’s voice is tender–slightly stronger than [Janet] Jackson’s … but with the same pop appeal….The hip hop-inspired production is solid and supportive.” – Vibe Magazine (1996)

Aaliyah merchandise will be available for pre-sale at https://blackgroundrecords.net/shop/collection. The collection references nostalgic 90’s style pieces ranging from vintage jerseys to commemorative tees and hoodies.

ABOUT BLACKGROUND RECORDS 2.0:
Founded by Barry Hankerson initially and launched in 1993, Blackground Records became a staple name in music and pop culture in the 1990s and early 2000s with the Hankerson’s expert ear for artist development that would evolve into prolific careers for the aforementioned artists. Over the years, Blackground Records – with artists such as the late Aaliyah, Timbaland, Tank and JoJo – sold millions of
records, had ten Top 10 Billboard 200 albums and won countless awards. Now, as Blackground Records 2.0, Hankerson plans to continue their undeniable impact on pop culture.

ABOUT EMPIRE:
Founded in 2010 by Bay Area native Ghazi Shami, EMPIRE is currently leading through its innovative approach to the digital music era across its label, distribution and publishing arms. Ghazi has been recognized for his work in Billboard’s 2019 Indie Power Players list, as well as Billboard’s 2020 Power List in January. With its focus on early stage artist development, the San Francisco based company has been instrumental in launching the careers of multi-platinum, Grammy Award winning artists such as Kendrick Lamar, Cardi B, DRAM and Anderson .Paak.

Through crafting bespoke deals that are always in favor of the artist, EMPIRE is able to form a true partnership with each artist and label on its roster. Coupled with EMPIRE’s unique software for analytics, recoupment, and royalties, which is available to every partner, the company offers a level of transparency unprecedented in the music industry.