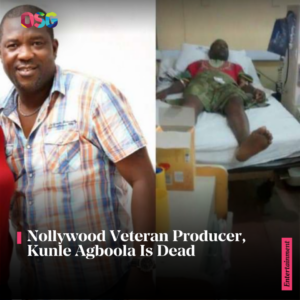 The family announced in a statement signed by Lanre Agboola.

The 53-year-old, battled with kidney disease before he died at the intensive care unit of the NYU Langone Hospital in Brooklyn, New York.

He was the producer of the popular Yoruba programme, Idan Irawo, which aired on Africa Magic. He was also a record producer for Daddy Showkey, Tope Alabi, and Sunny Neji.

He was also the Sound Engineer and Media Officer of the Redeemed Christian Church of God (RCCG), ICB Parish in Brooklyn.

He is survived by aged parents, wife, children, and siblings.

May His Soul Rest In Perfect Peace.