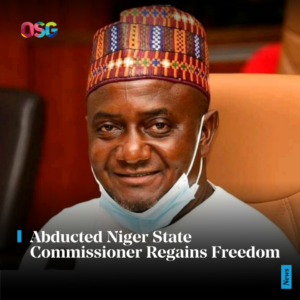 The Commissioner for Information and Strategy in Niger State, Mallam Idris Mohammed, who was abducted on Monday, 9th August, has regained freedom.

Recall that unknown gunmen invaded the residence of the Commissioner at Babban-Tunga, in the Tafa local government area of the state and took him to an unknown destination.

According to report, the Commissioner was released on Thursday night after a ransom was paid.