A group of suspected Cultistists killed a Security Chief in Rivers. 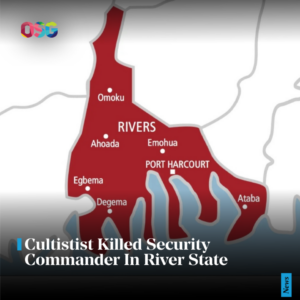 The victim who was killed in Omudioga, Emohua Council in Rivers, was beheaded.

The victim was identified as Alex Umezuruike, the Commander of the Area’s Security Planning and Advisory Committee (OSPAC). He was reported to have been shot many times before he was beheaded with a machete.

Police Spokesman, Nnamdi Omoni, described the incident as tragic, and said Umeruruike’s dismembered body has been recovered and deposited in the mortuary.