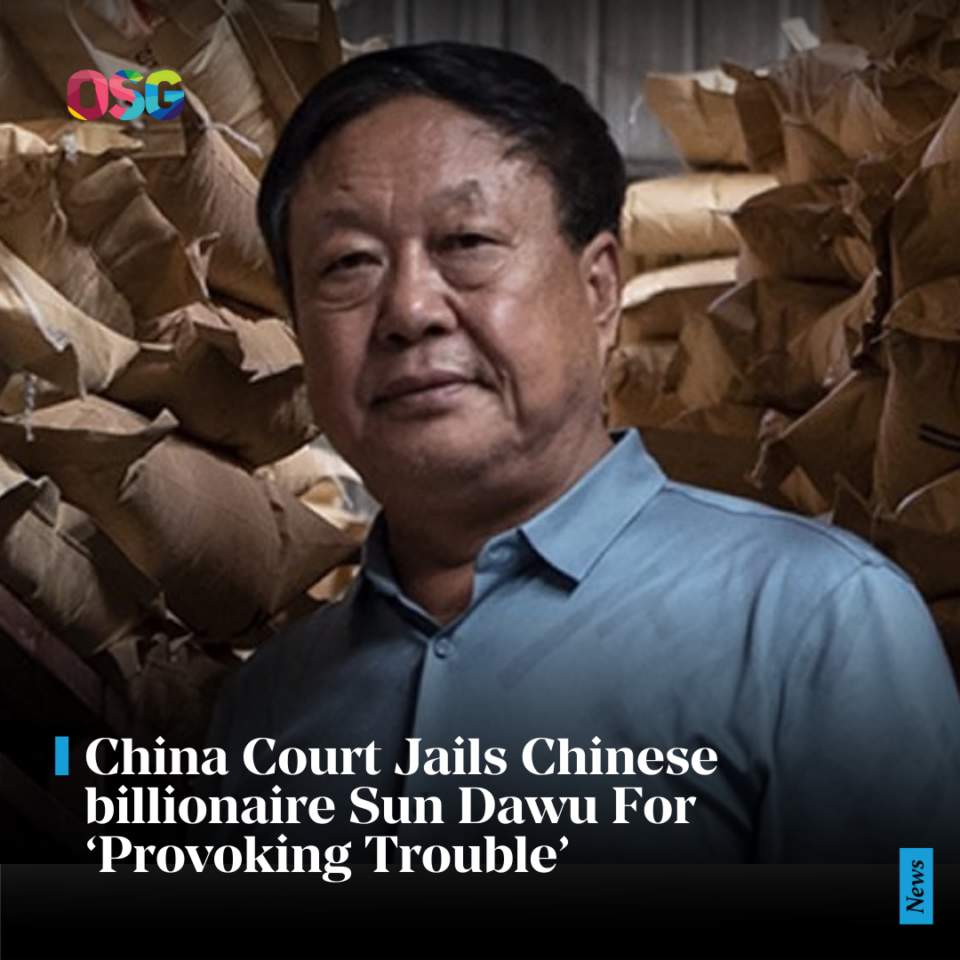 Chinese court has sentenced Billionaire Farmer Sun Dawu to 18 years in jail, on Wednesday, 28th July, 2021, for a catalogue of crimes including “provoking trouble” after the outspoken billionaire and grassroots rights supporter was tried in secret.

The court in Gaobeidian near Beijing, said Sun was found guilty of crimes including “gathering a crowd to attack state organs,” “obstructing government administration” and “picking quarrels and provoking trouble,” a catch-all term often used against dissidents.

He was detained by police in November along with 19 relatives and business associates after his firm was embroiled in a land dispute with a state-owned competitor.