What To Expect From Big Brother Naija Season Six

What To Expect From Big Brother Naija Season Six 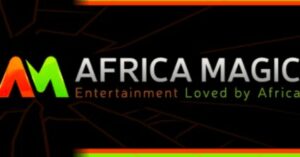 ?
Africa’s biggest reality show, Big Brother Naija, will premiere a brand new season on Saturday, June 24, 2021, and it promises to be bigger and better than ever before.

Like he does every season, Big Brother is bringing a lot of twists and surprises to the show this year. From a double launch show to a revamped house, the viewers and the housemates are certainly in for a treat this season.
As we count down to the launch weekend where Ebuka will introduce the theme for the season, here are a few things to look forward to!

The 10-week-long reality TV show will follow the lives of strangers as they interact and compete with each other to win the grand prize.
Big Brother Naija season 6 will run 24/7 on DStv Premium, Compact Plus, Compact, Confam, and Yanga packages on channel 198 and on GOtv Max and Jolli packages on channel 29.