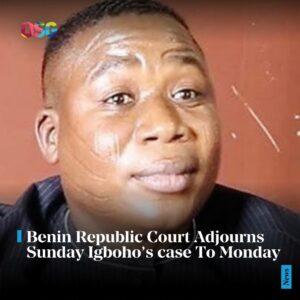 According to a statement by Media Communications Secretary of the Yoruba self-determination groups’ umbrella body Ilana Omo Oodua (IOO) Mr. Maxwell Adeleye, the lawsuit was adjourned to allow the Federal Government bring up whatever evidence they may have against Igboho.

The group, quoted the lawyer handing the case that contrary to insinuations, Igboho cannot be extradited because Nigeria and Benin have no Extradition Agreement.