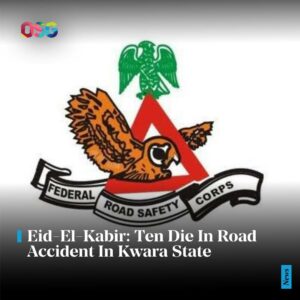 The Federal Road Safety Corps (FRSC), Kwara Command, has confirmed the death of 10 persons in a lone crash in the state.

He said the accident occured on Oko Olowo/Oloru road at Iyemoja on the outskirts of Ilorin, the state capital, adding that the crash was as a result of speed violation.

Owoade, noted that 18 persons were involved and unfortunately 10 of them lost their lives and eight other person’s injured.

The sector commander, further warned motorists against violating road safety guidelines, adding that the resultant effect of over speeding was road traffic crash.

He also advised road users especially travellers to take caution and exercise patience while on the road. 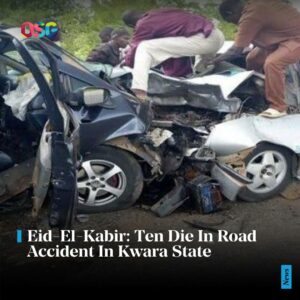