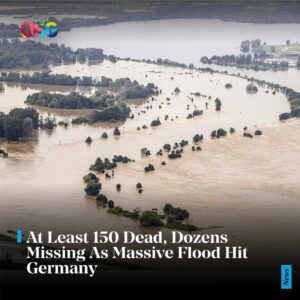 The death toll from disastrous flooding in Western Europe rose above 150 on Saturday as rescue workers toiled to clear up the devastation and prevent further damage.

Police said that more than 90 people are now known to have died in western Germany’s Ahrweiler county, one of the worst-hit areas, and more casualties are feared.

Western Germany has suffered the most brutal impact of the deluge that also pummelled Belgium, Luxembourg and the Netherlands, leaving streets and homes submerged in muddy water and isolating entire communities.

In Germany’s worst-hit regions of North Rhine-Westphalia and Rhineland-Palatinate, residents who fled the deluge were gradually returning to their homes and scenes of desolation.