Woman Arrested For Locking Up Nephew For Six Months

Woman Arrested For Locking Up Nephew For Six Months 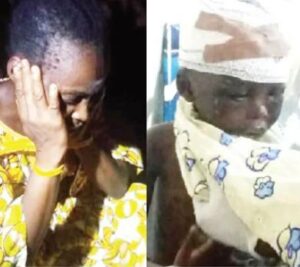 A 43-year-old,woman, Sharon Williams, have been arrested by the police in Lagos State, for allegedly locking up and assaulting her five-year-old nephew, Micheal Ibiyome, for six months.

Reports revealed that Ibiyome, who lived with the suspect in Gberigbe community, in the Ikorodu area of the state, allegedly used a cutlass to inflict injuries on the back of Ibiyome’s head.

The Lagos State Deputy Coordinator for Child Protection, Lateef Akinborode, said it took about five hours, for the suspect to surrender herself for arrest after security agencies tried to gain access into her apartment. 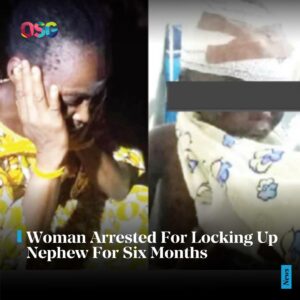