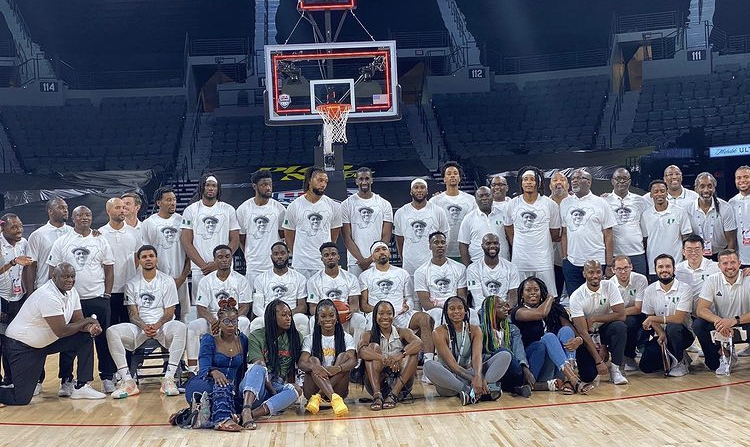 Sound Sultan was best known as a singer until his death, but was also significantly involvement in elevating Nigerian basketball before his passing.

During a recent game session, the national basketball team, the D’Tigers, paid homage to the late artist.

The teammates observed a minute of silence to pay tribute to the singer, who was a huge supporter and fan of the team while he was alive.

The players wore white t-shirts that had been customized with a picture of the late musician and his name, in addition to the silence that had been observed.