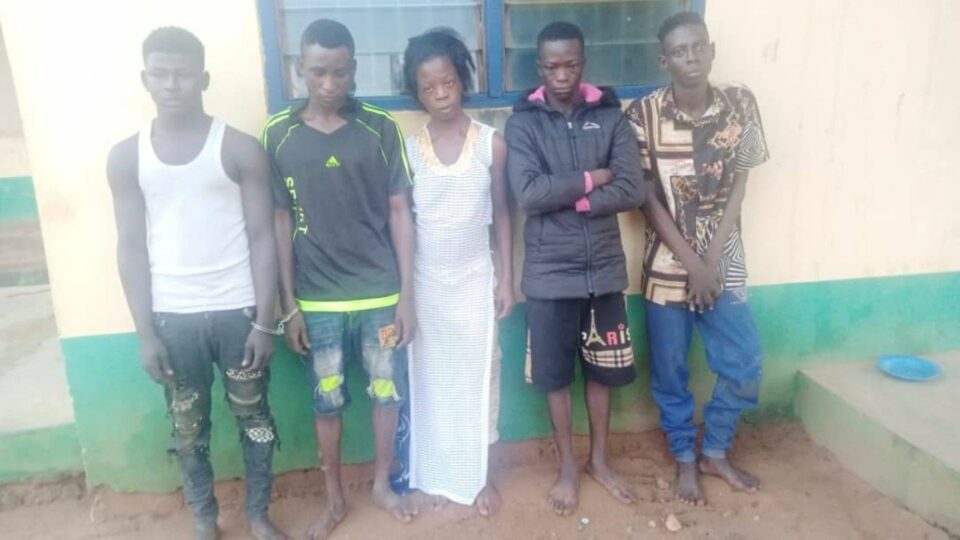 In a statement, the police said the suspects, were arrested following a complaint lodged at the Ogere divisional police headquarters by the victim’s father, Riliwan Mohammed.

The victims father said he left his wife and three children at home at about 12 noon, only for him to receive a phone call from a strange number that his eight years old son had been abducted.

The caller demanded N3.5m as ransom if he wanted to see the boy alive. However, the police acted swiftly and arrested the five man gang.