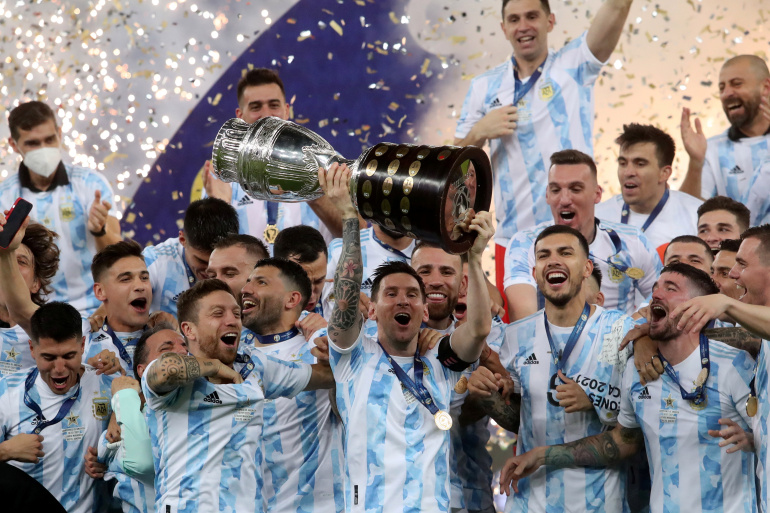 Argentina, defeated Brazil 1 – 0 at the Maracanã stadium, in Rio de Janeiro to win the 2021 Copa América on Sunday morning, July 11.

Angel Di Maria, scored the only goal of the game in the first half after several chances. The PSG star received a long pass from the impressive Rodrigo De Paul, which he converted.

The win also ended Argentina’s 28-year wait for a major trophy, and Brazil’s unbeaten home record that stretched back more than 2,500 days. The victory was also Argentina’s 15th Copa America triumph and means they draw level with Uruguay as the all-time leading winners.

It is the first time, in 6 editions that Brazil failed to lift the trophy.