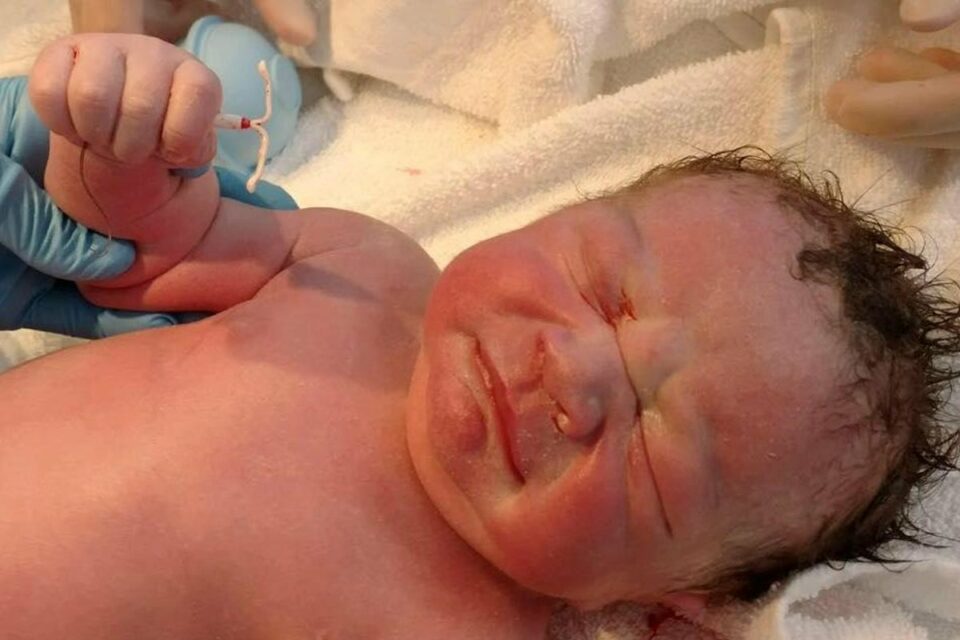 A newborn baby was captured in a photograph, holding his mum’s contraception coil which failed to prevent her from getting pregnant with him.

The mum had been using birth control, called an intrauterine device (IUD), for three years. However, she still fell pregnant, which is extremely rare, as the device tends to work for between five and ten years.

Surprisingly, the woman’s first child, Gabriel, was also born when she was on the pill.