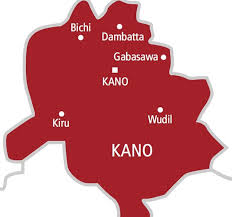 The defendants, were convicted on a two-count charge, ranging from conspiracy to kidnapping.

The presiding Judge, Justice J.K Daggard, in his ruling, held that the prosecution proved its case beyond reasonable doubt against the first and second defendant, and to this extent sentenced them to life imprisonment.

However, the judge noted that the prosecution did not prove its case against the third defendant(Alhassan Jamilu) and therefore discharged and acquitted him.

Earlier, the prosecution Counsel, Mrs Hassana Habib, informed the court that the convicts committed the offence on December 2 and 8, 2017, at Gobirawa Turba Quarters Kano.

Habib also said that on December 2, the trio conspired and kidnapped the three-year-old boy at Kofar Waika Quarters Kano.

She said added that “The defendants, who kidnapped the said boy, on Dec. 8, 2017, at Gobirawa Quarters Kano while playing in front of the house collected the sum of N200,000 as ransom”.