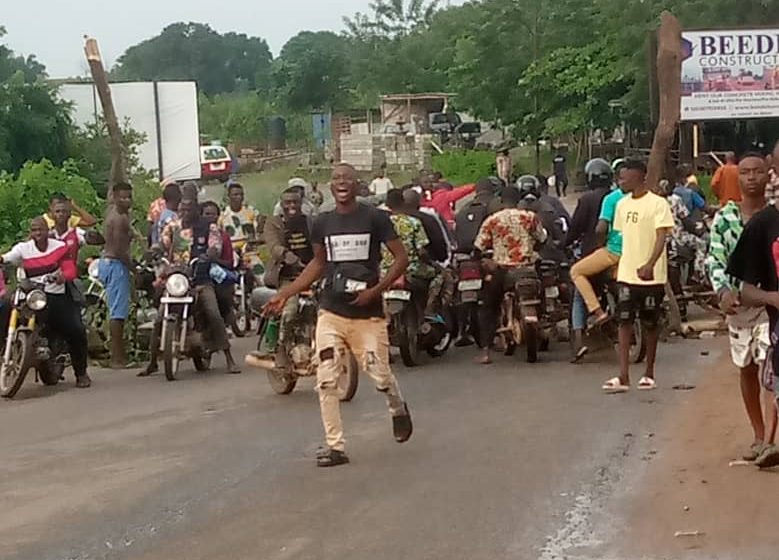 The supporters of Sunday Adeyemo also known as Sunday Igboho, have taken to the streets of Ibadan, the Oyo State capital, to protest last Thursday’s midnight raid by the Department of State Services on the residence of the activist.

The protesters gathered in front of Igboho’s house in the Sooka area of Ibadan from where they took to the streets around on Wednesday.

They were heard chanting “No retreat, no surrender!”, “Oodua Nation!”, “Sunday Igboho is not a criminal!”

A leader of the protesting youths, addressed the gathering before they took off. He said they would march to the palace of the Olubadan of Ibadanland, Oba Saliu Adetunji; and from there proceed to the Government House, amongst other places to make their demands.