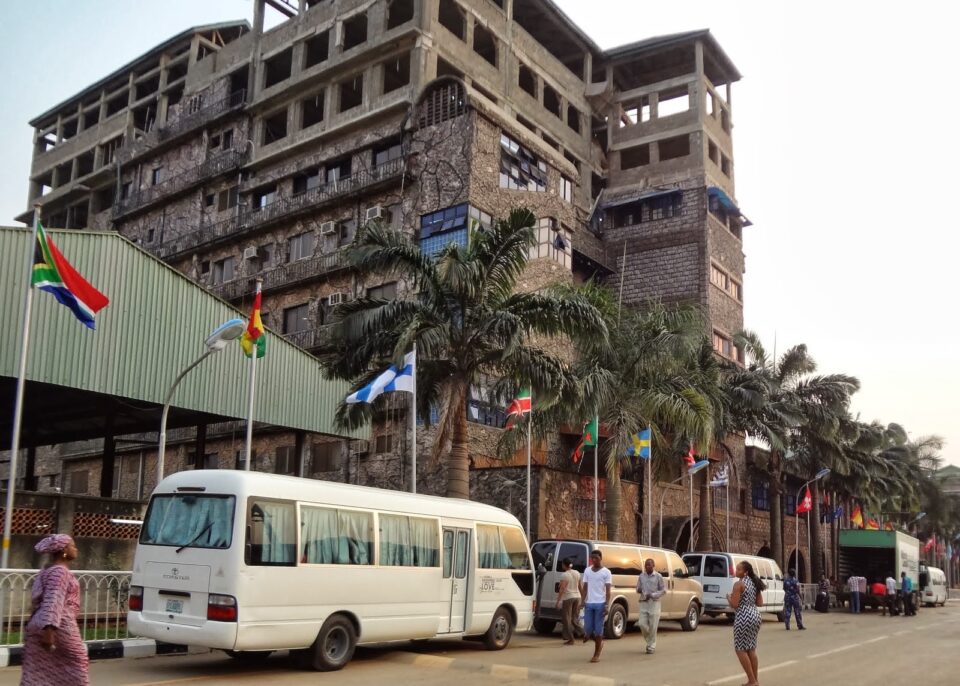 A fire incident broke out, at the headquarters of the Synagogue Church of All Nations (SCOAN), an hour after the candlelight procession for the late founder of the church, Prophet T.B Joshua, on Monday, July 5, 2021.

The procession, which kicked off the funeral rites for the late TB Joshua, on Monday evening, was led by his widow, Evelyn Joshua.

The fire outbreak, happened at the storehouse, within the SCOAN complex.

The church confirmed the incident on Facebook and said it was caused by an electrical fault, but it was quickly put before officials from the Lagos State Fire Services arrived at the scene. 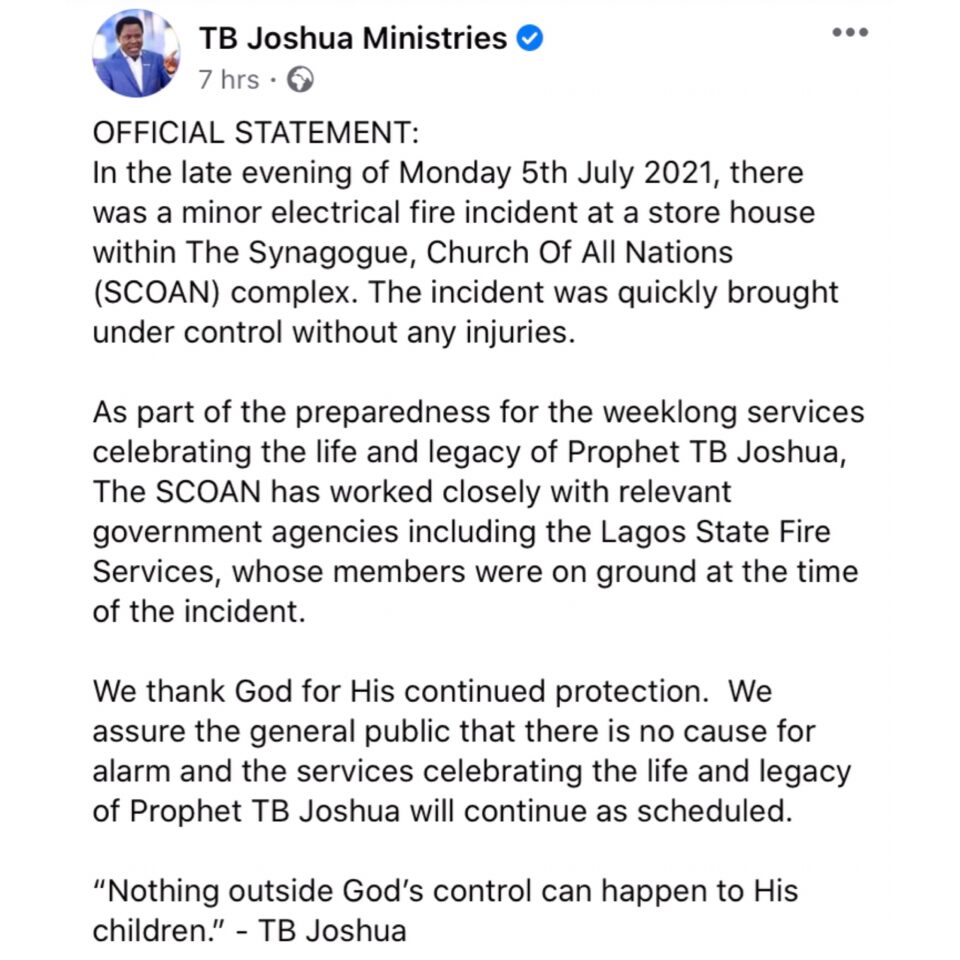 Benefits of Lemongrass and GingerTea on Living ...