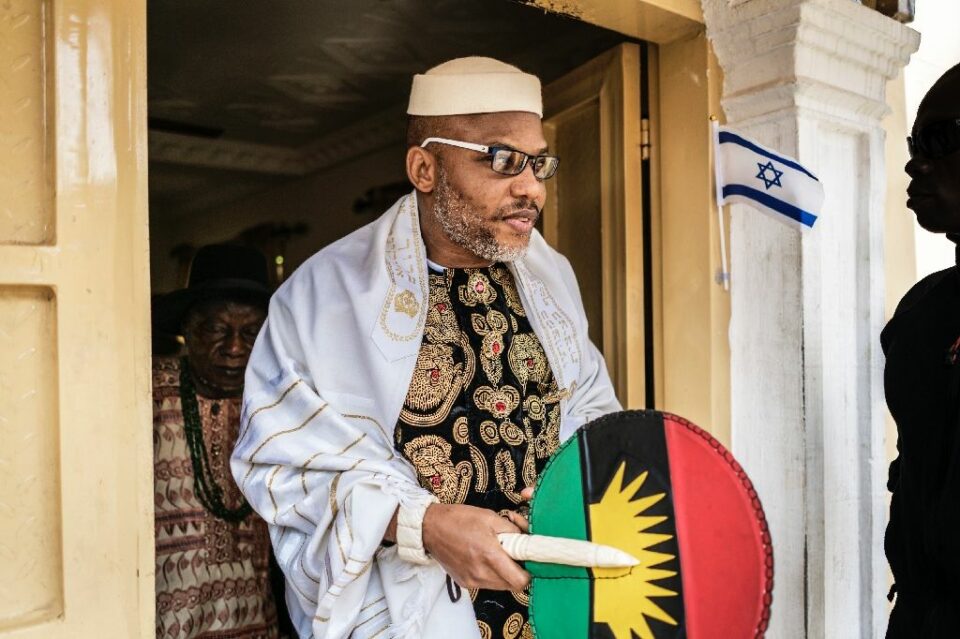 Nnamdi Kanu, was apprehended by the International Criminal Police while seeking foreign support for the actualisation of the Republic of Biafra.

It was gathered that Kanu, who holds Nigerian and British passports, was arrested by security operatives outside his London base on Sunday.

Recall that Kanu had been declared wanted by the Federal Government since 2017 after he jumped bail following the invasion of his country home in Abia State by soldiers.

A source stated, “The request for the arrest of Kanu was made to the INTERPOL headquarters in Lyon, France, about two months ago. Kanu could not be arrested at his London base because he is a British citizen and repatriating him to Nigeria may be challenging and the process cumbersome.

So, the security agencies waited patiently for him to leave the British soil before moving against him; he was arrested while on transit. There was evidence of his meetings with foreign governments to solicit support for Biafra.”