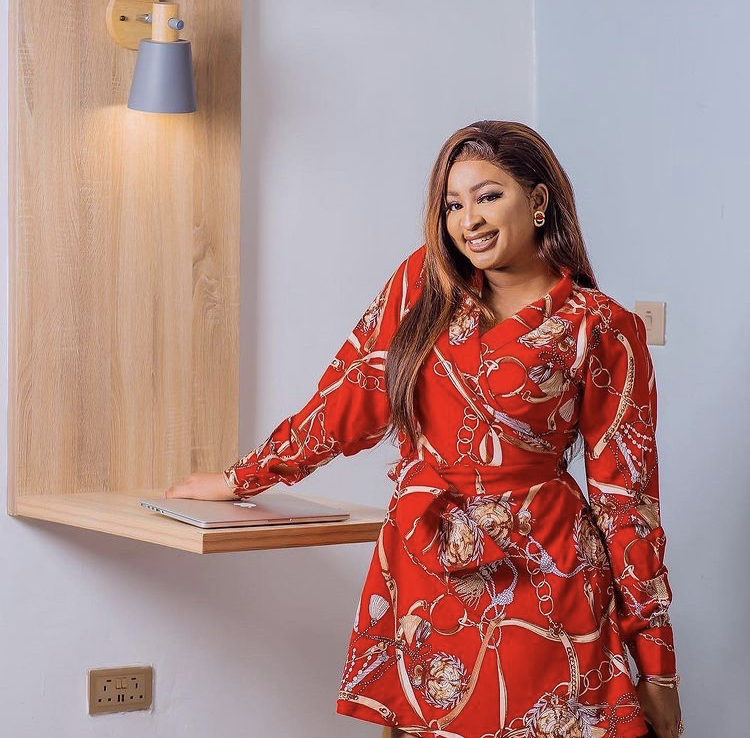 Actress Etinosa Idemudia has tackled married men who cheat asking them why they don’t just marry their spec once and for all rather than marrying for community approval.

Etinosa Idemudia sharing her thoughts about married men who cheats asked them to marry their spec instead of marrying society spec and turn them into baby making machines and then go out to cheat with their spec and do their crazy things together.

According to her, after some men marry society spec or God fearing to please family and society then keep the innocent woman at home as a baby making machine or home maker and go rent Airbnb for their real spec, their kind, soul mate, fellow drug addict asking whether they aren’t deceiving themselves.

Etinosa Idemudia went ahead to ask why can’t men be true to themselves and marry for themselves and not family or society validations and marry their spec and build their home with love and happiness just the way they want it. 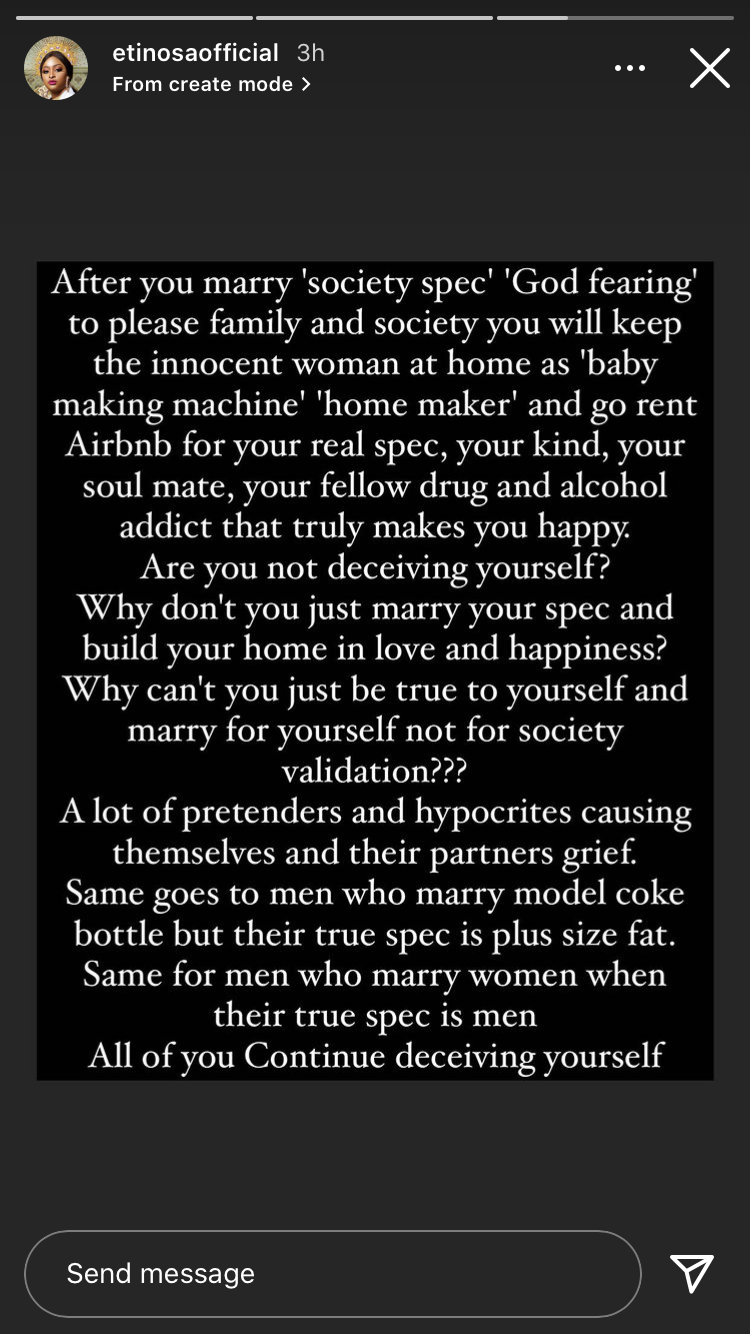