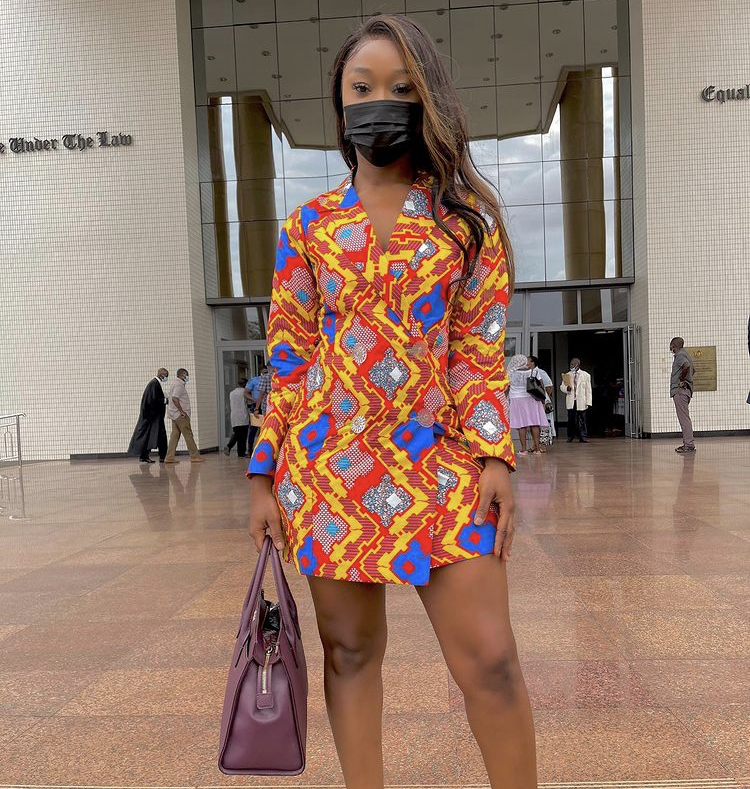 Ghanaian social media sensation and a convener for #FixTheCountry campaign, Efia Odo, has been arrested by the Ghana Police Service.

Reports indicate that the celebrity was picked up with fourteen other members of the #FixTheCountry brigade.

Efia Odo and her colleagues were arrested after they thronged the premise of the Accra High Court, Friday, in anticipation of the court’s ruling on the case involving the campaigners and the Ghana Police Service.

A post by a member of the campaigners’ legal team, Oliver Barker-Vormawor, on Facebook said that they were arrested whiles waiting for the court’s verdict.

“Efya Odo and 14 FixTheCountry supporters, including my Kid brother, have been arrested by the Ghana Police Service. They were waiting for the Ruling of the Court at 1:30pm. #FixTheCountry,” he posted on Facebook.

The reasons behind their arrest are unknown.
On Wednesday, the actress, through her Twitter handle, asked supporters to throng the Accra High Court for the ruling.

“I urge you guys to be in the courtroom on Friday to hopefully get a final verdict on #FixTheCountry demonstration. Most of y’all are tired of talking about it on Twitter and are ready to embark on the streets but your attendance speaks volumes. Friday 10:30 am, Accra High Court,” she posted on social media.

Efia Odo has been arrested. #FixTheCountry

She is fighting for you and you have arrested her, eii? Ghana police ! Think again. See how you packed yourselves in one vehicle ?. #FixingTheCountryGhana till something better happens. #FixTheCountry . pic.twitter.com/FIeGLY6kub

She has been arrested for #FixingTheCountryGhana let’s all help to free her #FixTheCountry Twene Jonas. pic.twitter.com/ZkPhTKmFEN

Fani Kayode Reacts Over The Murder Of ...