It Is Good For Nigeria To Borrow – Buhari’s Minister, Fashola 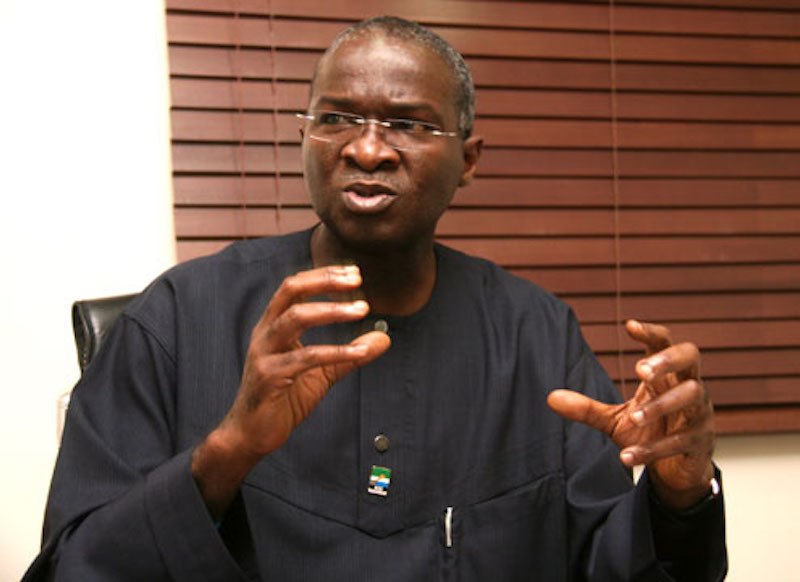 The Minister of Works and Housing, Babatunde Fashola has expressed support to the Nigerian Government relying on loans to expand infrastructure in the country.

Speaking to the News Agency of Nigeria, Fashola said that there would not be any substantial improvement in the country without loan taking to boost infrastructure.

He added that it is not a sin to borrow, it is just part of the essence of keeping a growing economy.

”It is in our own interest that the government does some borrowing and spends it on investment because that sector contributes to the Gross Domestic Products (GDP) and contributes to employment.

“I do not support irresponsible borrowing so let us be clear; there has to be some sense to this.

“So long as you are borrowing to invest and you are investing in assets, then we can have this debate from morning till night and I don’t think I will come out unsuccessful.

“I agree everybody must keep their eyes open about how money is being borrowed, what it is being used for and whether the debt is sustainable.

“We just delivered a rail programme through the Ministry of Transportation; that is a 100-year asset that you have got now. So some economists say wait until you gather the money, that’s bad economics,” the minister said.

While pointing out that many developed countries created super economies through borrowing, Fashola said that the recent loans obtained by the Federal Government would not mortgage the future of Nigerians.

“We came from a background of colonialism where we were told that if you go borrowing, you go sorrowing, so, my parents and their generation told us never to borrow.

“But while we were not borrowing, those who laid the rules started borrowing.

“The largest debtors in the world today are from the West. But with borrowing they have created super economies, built massive train terminals, massive airports, schools and hospitals.

“And you know what is happening, we go to use them and they charge us, so who is paying?

“I have heard people say they are mortgaging the future of people, as we are holding this meeting, one new baby has arrived, if you don’t prepare for him you make that future bleak.

“As at the time we were building Lekki Bridge in Lagos, it was N29 billion, the child that was born then in 2010 is going to be 11 this year.

Only Church Businesses, Investments Are Surviving In ...

They Have Nothing To Say – Buhari ...