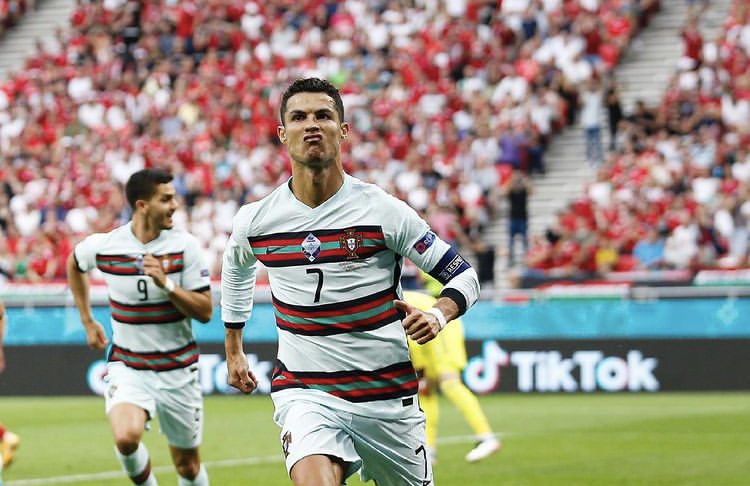 The Juventus star was also the first person to reach the 200 million mark on the same platform.

Earlier this week, Portugal captain Cristiano Ronaldo made European Championships history as he became the all-time top scorer in the summer tournament after his record-shattering 10th and 11th finals goals in the opening Euro 2020 match against Hungary.