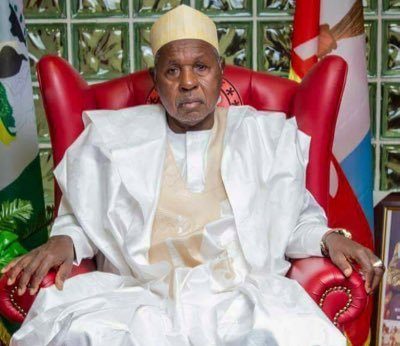 Katsina State Governor, Aminu Bello Masari has revealed that he is not contesting for any political office in 2023.

The Governor made the submission when had a chat with from journalists in commemoration of this year’s Democracy Day. According to him, common sense alone tells him that his time as a politician is up owing to the fact that he has seen it all in the world of politics.

In his words: “Common sense, first of all, I was in the house of representatives, I was speaker for four years. So, I have no intention of going back to the National Assembly by contesting the Senate seat or any other seat.

“I was Deputy National Chairman of the All Progressive Congress when it was created. So, I am not interested in party office.

“I think Katsina is lucky to have produced three Heads of State. Before President Muhammad Buhari, we had President Umaru Musa Yar’adua.

“I think for anybody in Katsina State to say that he is looking for something, I don’t think we are being fair. So really, I have no plans, neither do I have intention of contesting for any political office in 2023.

“I have gone round the state, I made promises during the campaign. How far l have been able to meet those promises I have made is what would give me sound sleep when I leave office.

“This has been one of the toughest period of government in this country. While we were battling with insecurity, then came COVID-19. It did not only affect Nigeria but the whole world.
” It is now that we are recovering from the negative effects of Covid19 and we are trying to meet some of the obligations, some of the promises we have made to the people.

“So, I think internally we feel satisfied but people should understand, we want people to understand the difficulties that we find ourselves into.