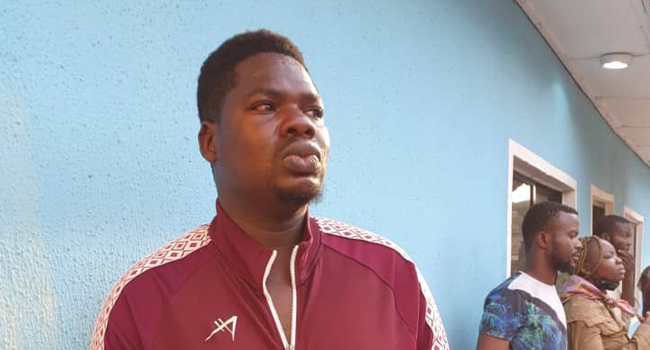 Nigerian comedian, actor and activist, Debo Adebayo, known by his stage name Mr Macaroni has disclosed his life is being threatened following the protests set to be held today on June 12.

It is no news that many Nigerians will today, Saturday, take to the streets in peaceful protests against bad governance, public corruption, other forms of maladministration and the worsening state of insecurity across the country.

Just like the October 2020 #EndSARS protests organized by some civil society organisations and activist with no specific leadership structure, another protest is set to hold at the same time across the different states of the federation including Lagos State, Nigeria’s Economic hub and the Federal Capital Territory (FCT), Abuja.

As people prepare to make their voices and grievances heard, Nigerian comedian Mr Macaroni has shared with his fans on the microblogging platform that he has been receiving fresh threats from strange contacts.

Again, he has been advised by a number of people to stay indoors of which he has proof. He stated confidently that Nigeria deserves better and will not be perturbed by the threats.

“I have received so many threats from strange contacts!! They have also sent different people to me telling me I must not step out!! I have everything on record!! I will not be a prisoner in my own country!! We deserve better!!!”