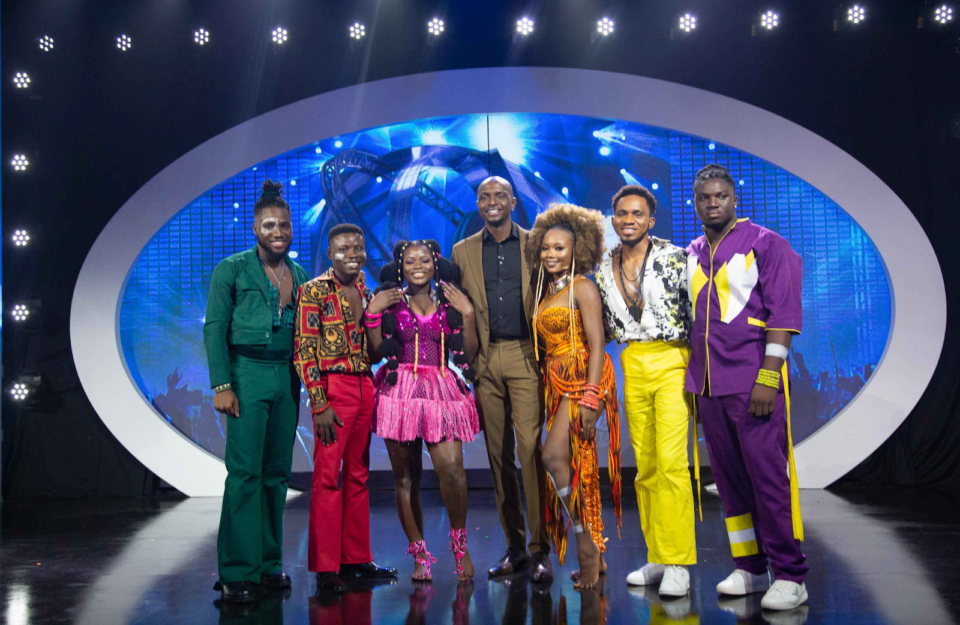 Last night’s episode of the Nigerian Idol took us back to our roots. Contestants channeled their inner Fela as they paid tribute to the Afrobeat legend.

The contestants opened the show with a joint performance of “Water No Get Enemy”.

In preparation for the live show, the contestants paid a visit to the Kalakuta Museum and had the opportunity to meet Seun Kuti. The Big Bird helped the contestants interpret their songs and provided guidelines that helped with their performances.

Comfort opened the single performances with her rendition of “Observation No Be Crime”. Her presentation was fantastic and was hailed by the judges. A testament to how much she has grown. Faith Jason followed up with a performance of “Palava”. The judges were impressed and gave him a standing ovation at the end of his performance. According to Seyi Shay, “I’m always happy when I see you. Every week you kill it. You haven’t failed me yet.”

Francis Atela also received a standing ovation after he sang “Yellow Fever”. Obi Asika praised his synergy with the band.

Another performance that wowed the judges was Kingdom’s version of “Gentleman”. The judges were all thrilled with his performance and were left speechless.  He received bounteous praise from all of them, and Seyi Shay exclaimed, “You are incredible.” Obi Asika agreed, stating that Kingdom had finally arrived at the competition. DJ Sose, still speechless, just added, “well done.”

Emmanuel also gave an exceptional performance. Seun Kuti already mentioned that he had star power, and he went on to prove him right on stage.

In one of the most nerve-wracking elimination nights, fan favourite, Beyonce Ajomiwe, was eliminated from the competition. Akunna went on to close the show with her rendition of “Lady”. Her performance was great, and Seyi Shay compared her to Yemi Alade and Omawumi.

Don’t forget to vote for your favourite contestants if you want to see them among the top five. The power to determine who stays and who leaves is solely in the hands of the viewers. Voting on Nigerian Idol is via the website, mobile site, MyDStv, and MyGOtv apps and via SMS, which is available only in Nigeria. You can vote for your favourite contestant via the Africa Magic website, www.africamagic.tv/nigerianidol, and the Africa Magic mobile site by selecting contestants of your choice and entering your number of votes, and click VOTE. Voting via these platforms is limited to 100 votes per user. MyDStv App and MyGOtv App votes are free and votes are allocated based on your subscription packages.