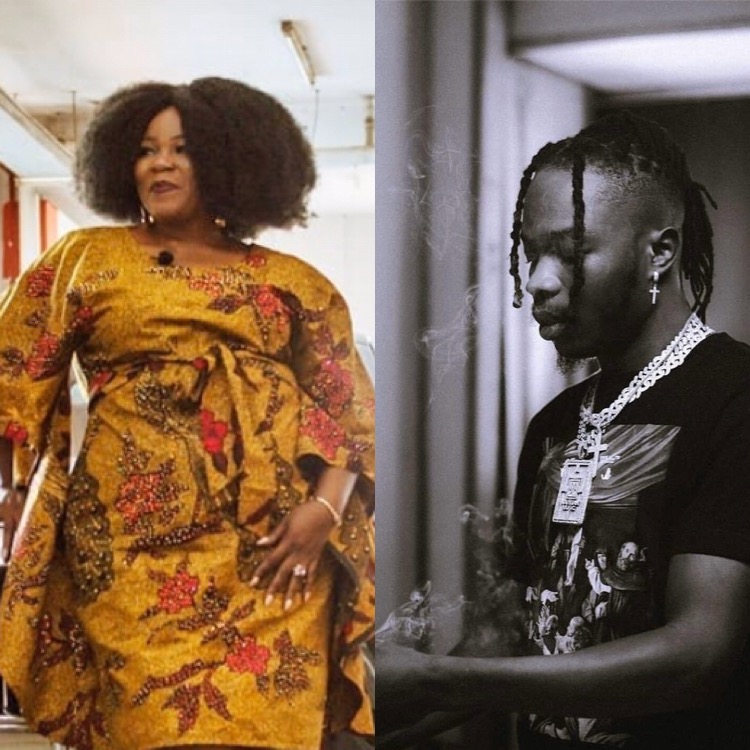 Nollywood actress, Ada Ameh has heavily descended on singer, Naira Marley over comments he made on social media yesterday where he revealed his ‘fantasies’ to the public.

Naira Marley had taken to his Instagram story and reiterate plans to sleep with a mother and daughter together and hoped for that day to come.

Some celebrities including fans have bashed him for making such insensitive and irresponsible comments on social media and Ada Ameh has waded into the issue.

Addressing Naira Marley, she revealed that she could not sleep well because his comments and hurled insults at him adding that she used to like him but she has regretted the day she hugged him in the plane.

She said if the weed he is smoking does not help him, he should stop smoking as they are all smokers including herself but they don’t speak anyhow.

Sharing a video of her addressing the singer, she captioned;

@nairamarley no get sense
I debunk that negative spirit in the name of Jesus!! ?it is time we listen to our own truth that our parents told by them &nothing but the TRUTH. ?forget about what you see&be yourself if not you will fall in a big PIT!!

Nigerians Will Have To Provide The IMEI ...