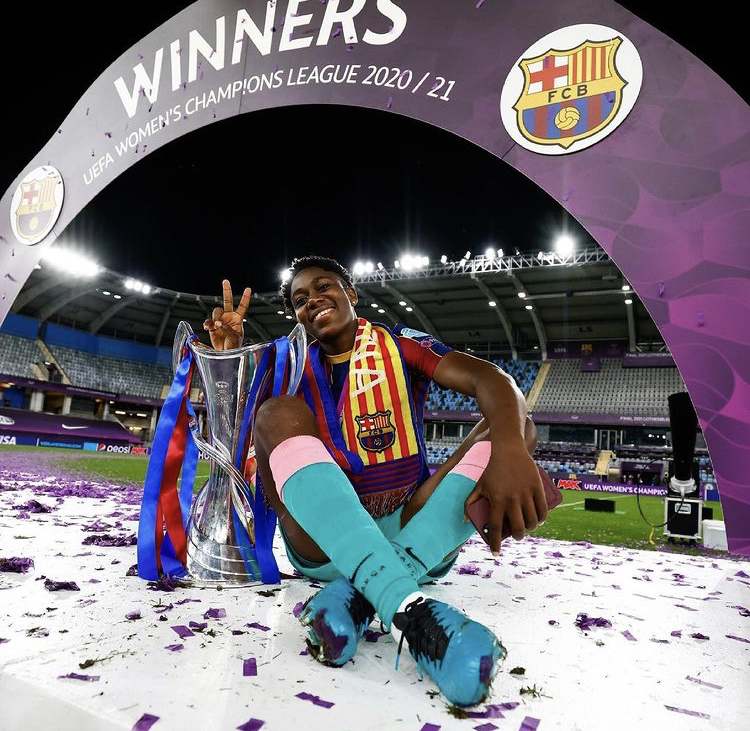 This is after she helped Barcelona defeat Chelsea in the final on Sunday night, May 16.

Oshoala scored a fifth goal in the closing stages of the game, but it was ruled offside.
Before the game in Gothenburg, the four-time African Women’s Player of the Year claimed that Barca had learned from their final defeat to Lyon in 2019.