I Managed Burna Boy Out Of Sacrifice, Not Ambition – Bose Ogulu 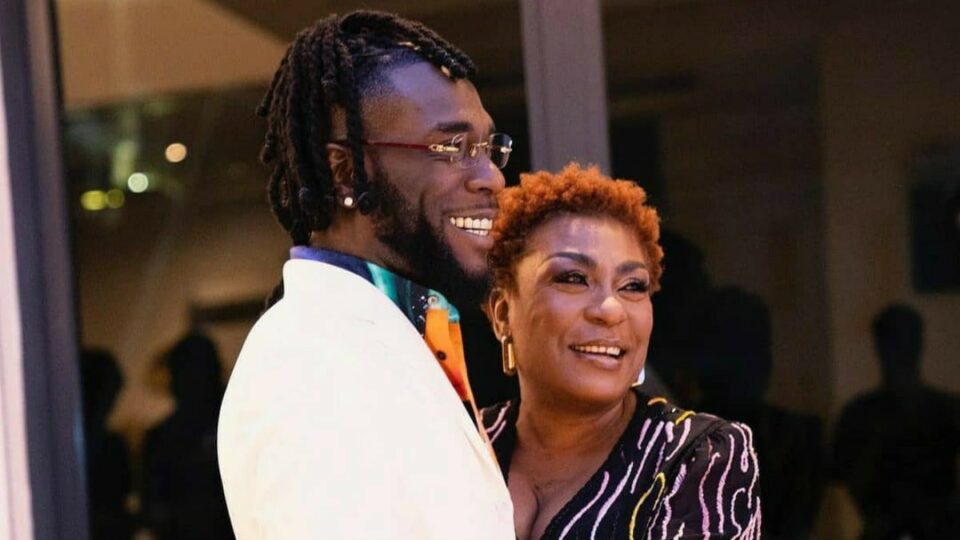 Mother and manager of Damini Ogulu also known as Burna Boy, Bose has disclosed the reason why she decided to manage her son.

According to Bose Ogulu, she decided to manage Burna Boy as a form of sacrifice and not for ambitions. The mother of the Grammy award winner in an interview with Ebuka Obi Uchendu, TV host, recounted how her son started his music career in 2010 from Port Harcourt.

“Burna Boy started in 2010 from Port Harcourt. Even before he took the name, he asked me to manage him. So, I’ve always managed him. It just wasn’t a full-time thing because I was raising kids and had bills to pay,” Ogulu said.

“He couldn’t pay me so I had to do my work. I signed the first deal on his behalf; handled most of his bookings. I’ve always been there but I hadn’t been involved in the day-to-day [tasks]. He was with the label; they had a road manager.”

“And he seemed on top of things. So I was just managing him and protecting his interest. I think I went full-time in 2017 because it just became evident that the day-to-day and other things I wasn’t handling were not going as well.”

“And I had more time, fewer kids going to school that I had to pay bills for. And his business could evidently grow to pay me. It was a question of, ‘this guy is honestly the most talented person I’ve met in the last decade or more.”

“I just thought, ‘I can’t help you with talent, but I can help with everything else.’ Fortunately, that scene is not new to me. I’ve done business for most of my life. I’ve been touring for language immersion most of my life,” she added.

“There was a lot I could bring to the table. I thought, ‘if you work hard at this, it will pay you and your son gets to grow to his highest potential.’ It’s a win-win. Managers don’t get salary but commission on what the artiste makes.

“For me, I came to manage him as a form of sacrifice, not ambition. And it’s gratifying to know that it’s become work that I love and can come up to become a legacy. What’s next for me? I look to keep doing what I’m doing.

IPOB Is Plotting To Launch An Attack ...