‘Fix The Country, It Will Automatically Fix The People’ – Sarkodie To Ghanaian Gov’t 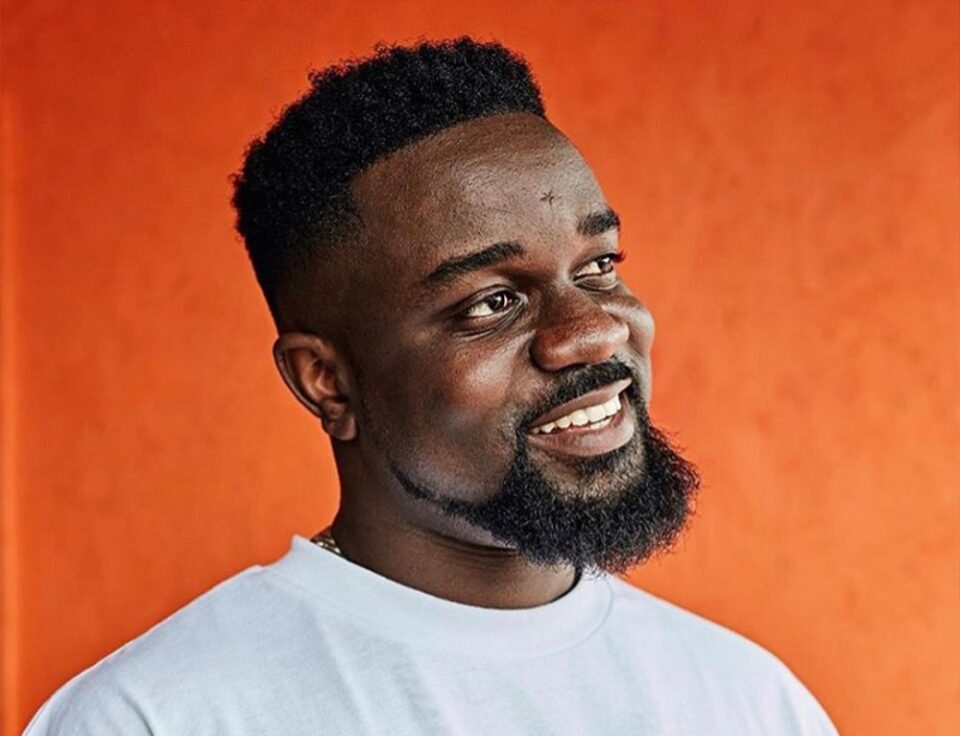 Ghanaian musician, Michael Owusu Addo who is known as Sarkodie has revealed that he doesn’t agree with the government when they tell the citizens to fix themselves before asking them to fix the country.

He made this known as he added his voice to the trending #FixTheCountry campaign that is currently going on in the Ghanaian social media space.

Ghanaians are using the campaign to force the authorities to do what it takes to better the lives of the citizenry.

However, as the campaign was ongoing, pro-government activist countered the campaign by asks those who are calling on the government to fix the country to first fix themselves.

In his submission, Sarkodie wrote;

“I’ve always supported #FixtheCountry agenda since beginning of my career through music. I know they (politicians and political party followers) intentionally politicize my opinion (even when they know it’s the truth) to save their party, thinking I’m attacking a particular party. I don’t explain myself because people with political ears and eyes will never accept it and try to attack My submission and that has been our biggest problem as a country and that’s one of the main reasons we are stagnant. We all play a role in building our nation so I support both the #FixTheCountry (to the leaders) and #FixYourself (citizens) but at this point, leader (government) has more to do for citizens to fix themselves. It takes exceptionally discipline people to try and live right in an all messed up system that frustrates your day to activities. If you fix the system then you can blame the people 100% for not fixing themselves and that’s why you are leaders. Fixing the country 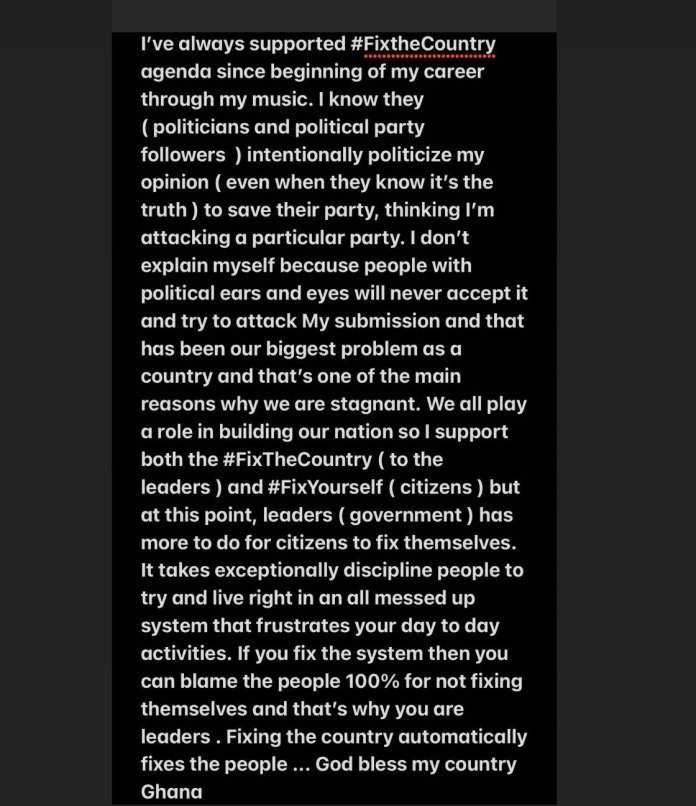 “We Were Ready To Attack Bandits, Even ...