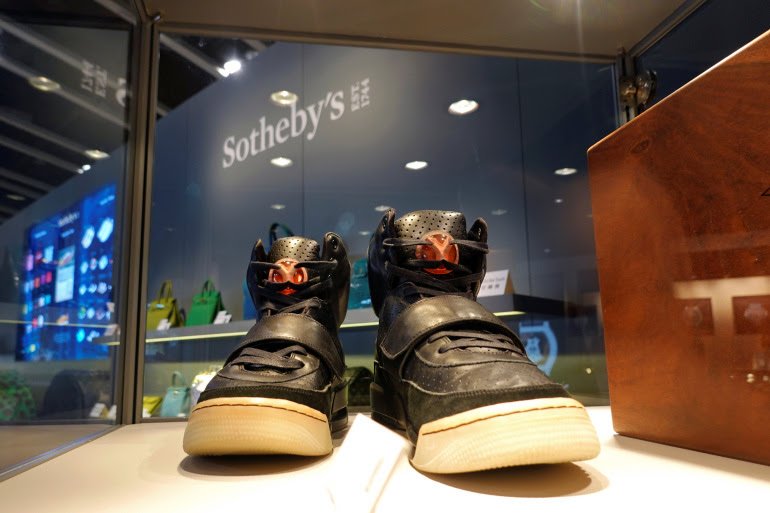 The original pair of Yeezy sneaker prototypes worn by Kanye West at the 2008 Grammys sold for $1.8 million Monday, setting a world record for footwear and cementing sneakers as a luxury collectible in the high-end marketplace.

The American rapper’s 2008 ‘Grammy Worn’ Nike Air Yeezy samples were prototypes for a line developed by West and Mark Smith for Nike. They were revealed during West’s performance at the 2008 Grammy Awards.

The buyer was sneaker investing platform RARES, which paid the highest publicly recorded price for the pair. RARES is a leader in fractional ownership, allowing users to invest in sneakers by buying and trading shares in them.

The private sale shattered the current auction record for sneakers, far above the $560,000 that Sotheby’s scored in May 2020 for a pair of 1985 Air Jordan 1’s, designed for and worn by basketball player Michael Jordan.

‘We Are Investigating Alleged Airstrike On Soldiers’ ...