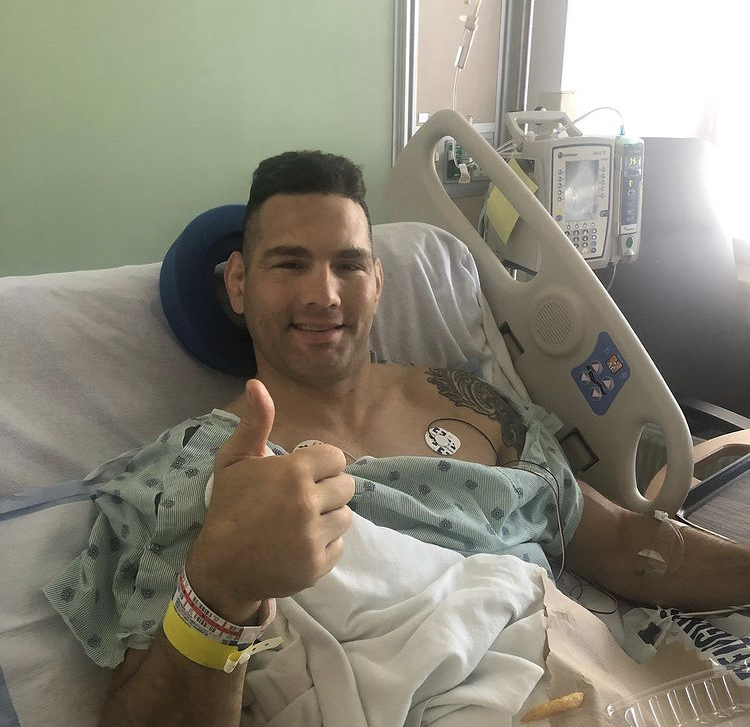 Former middleweight champion Chris Weidman suffered a horrific leg injury in the first exchange in his UFC 261 rematch against Uriah Hall on Saturday.

Reminiscent of former middleweight champion Anderson Silva’s leg injury against him at UFC 168 in 2013, Weidman’s leg snapped when Hall checked a leg kick. Weidman didn’t realize that he was so badly injured until he tried to step back and put weight on the leg. He immediately fell to the canvas in agony and disbelief. He was removed from the Octagon on a stretch after his leg had been stabilized.

Less than 24 hours later, Weidman’s wife offered an update on his condition after the New York native underwent successful surgery to repair the damage done.

“Well that was horrible,” Marivi Weidman said ina post on Instagram. “Freak things happen in life and plans get crushed. It’s been a lonnnggg day but so happy to finally see this man of mine post surgery. Everything went well thank you Lord!

“My heart breaks for my husband because I know the work and dedication that he puts into his training everyday and the great man that he is, so I only want the best for him. While this absolutely sucks in the moment and for some weeks to come, we are completely overwhelmed by the love and support we have far and wide and are very aware how blessed we are. All of that overpowers the awfulness of this situation.”