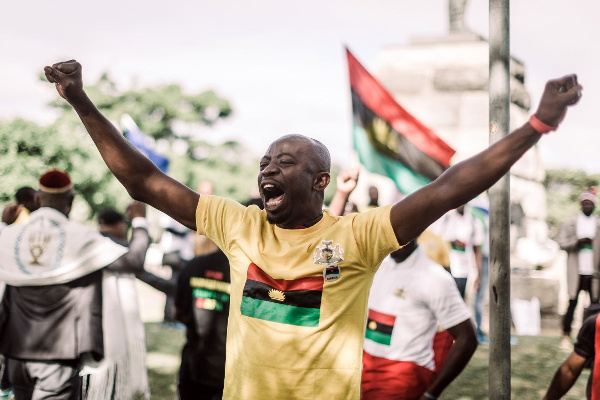 According to a report by TheCable, the UK Visas and Immigration (UKVI) has released new guidelines to its decision-makers on how to consider and grant asylum applications by members of Biafran secessionist groups.

Asylum is to be granted to ‘persecuted’ members of the Indigenous People of Biafra (IPOB), which has been designated as a terrorist organization by the Nigerian government, and the Movement for the Actualisation of the Sovereign State of Biafra (MASSOB)

In the just-released ‘Country Policy and Information Note Nigeria: Biafran secessionist groups’ seen by TheCable, the UKVI, a division of the Home Office, directed its decision makers to consider if a person “who actively and openly supports IPOB is likely to be at risk of arrest and detention, and ill-treatment which is likely to amount to persecution.”

According to the guidelines, the decision makers “must also consider if the [Nigerian] government’s actions are acts of prosecution, not persecution.

TheCable further adds that those fleeing prosecution or punishment for a criminal offense are not normally refugees. The prosecution may, however, amount to persecution if it involves victimization in its application by the authorities.”

FG Should Allow States To Manage Their ...