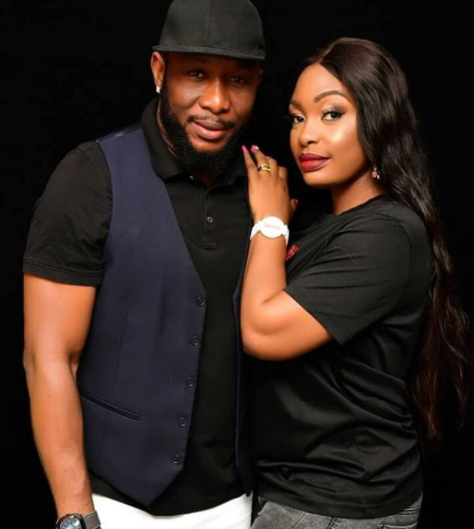 Amidst divorce rumors, actor Tchidi Chikere has shared a video with his wife Nuella by his side to debunk divorce rumors after unfollowing each other on Instagram.

Filmmaker Tchidi Chikere and his wife Nuella’s marriage has been alleged to have hit the rock after they both Unfollowed each other on Instagram and Nuella deleting every single photo of Tchidi on her Instagram page making them the topic of discussion.

But then, Tchidi seems worried about his image hence has shared a video of himself with his wife lying beside him to debunk rumors that their one love made in heaven has come to an end just as her marriage with Sophia Williams ended years ago.