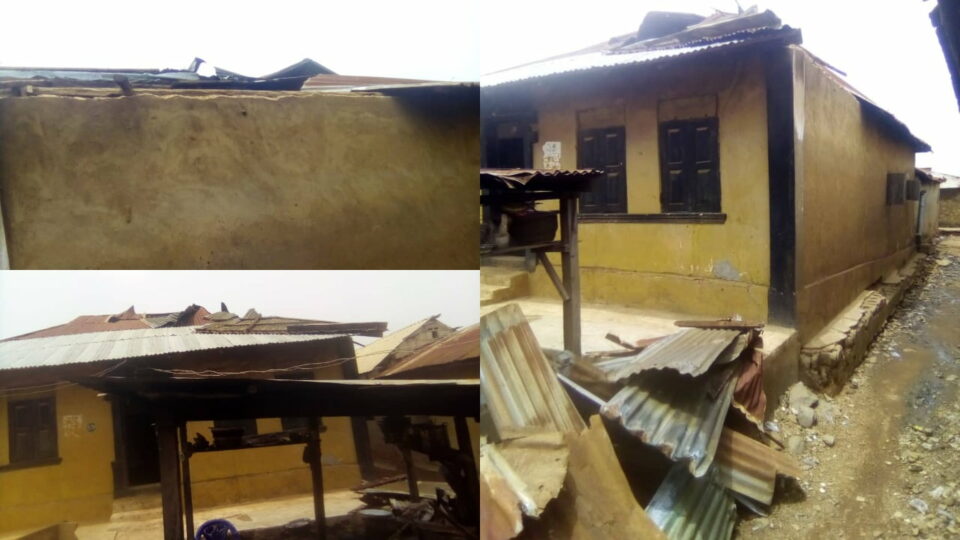 Over 40 houses were destroyed following a storm that wrecked the Igisogba area of Akure South Council area of Ondo State on Sunday, April 11, 2021.

Residents have been rendered homeless with their houses destroyed. Also affected by the rainstorm were churches, shops as well as electricity poles.

According to some of the residents, some of the affected buildings collapsed after their roofs were pulled off by the storm. The community has since been plunged into total darkness following the damaged electricity poles.

Speaking with newsmen, the Chairman of Igisogba Landlord Association, Mr Ebenezer Ojo called on the state government to assist them to rebuild their damaged structures. “We want to call on the authority of Akure South Local Government, Ondo State Government, and well-meaning individuals and concerned agencies to come to our aid. The rainstorm has inflicted colossal damage on private individuals, families, businesses, and corporate organisations. We want the government to help our people return to their normal life.” He pleaded.