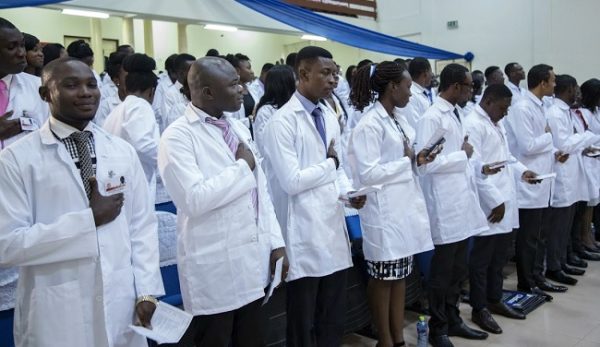 The National Association of Resident Doctors (NARD) has suspended its ongoing strike for an initial period of four weeks.

The president of the association, Uyilawa Okhuaihesuyi, confirmed the development to PREMIUM TIMES late Saturday night.

“The strike has been suspended for four weeks and isolation centres resume 8 a.m. on Sunday and others on Monday,” he said.

Mr Okhuaihesuyi said the decision to end the strike followed a new agreement reached with the federal government on Saturday morning.

“All house officers yet to be paid, will be paid by Monday.

“All our members on GIFMIS would be migrated to IPPIS and paid their owed salaries in earnest and those still being owed 2020 Medical Residency Training Fund (MRTF)will be paid from the supplementary 2021 budget.

“2021 MRTF sorted and Increment in hazard allowance is being worked on,” the president said.