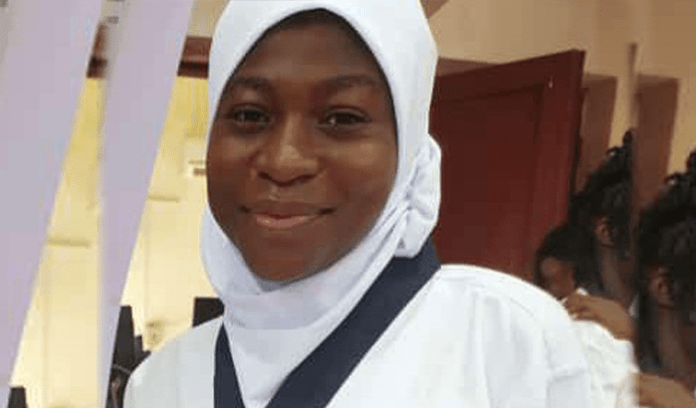 Aminat saw success in the Mixed Poomsae category at the National Sports Festival (NFS) held this year in Edo state on Monday with her male partner Arowora Roqeeb.

It is the 20th edition of the festival in the country’s history.

Idrees’ pregnancy was evident as she took to the stage to compete in front of the crowded stadium.

She finished her first category winning a coveted gold medal.

In the Poomsae female team event, she won silver and also an individual bronze medal in the same category making her one of the leading medallists at the highly anticipated festival.