Video Shows Physical Altercation Between Quavo and Saweetie in Elevator 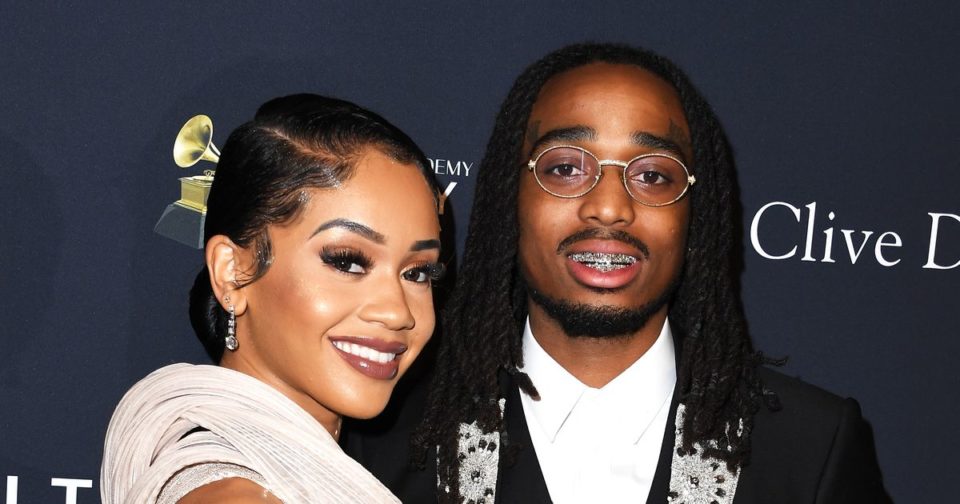 A newly surfaced video shows Quavo and Saweetie getting into a physical altercation in an elevator.

The minute-and-a-half-long clip released by TMZ on Tuesday shows the former couple struggling in an elevator, reportedly sometime in 2020, before they announced their recent split over infidelity.

The short video appears to start with Saweetie swinging at Quavo at an apartment complex in North Hollywood, as they struggle for an orange Call of Duty case, as Quavo knocks her to the floor in an effort to get the case.

Quavo stands with the case, not helping his then-partner as she’s lying on the floor, although he looks down at her several times.
The doors open to reveal someone standing outside of the elevator, but that person doesn’t enter. At the end, Quavo places the case on the floor to stop the doors from closing, and waits until Saweetie picks herself up and exits.

Sources told TMZ the incident took place at an apartment building where Saweetie was renting.