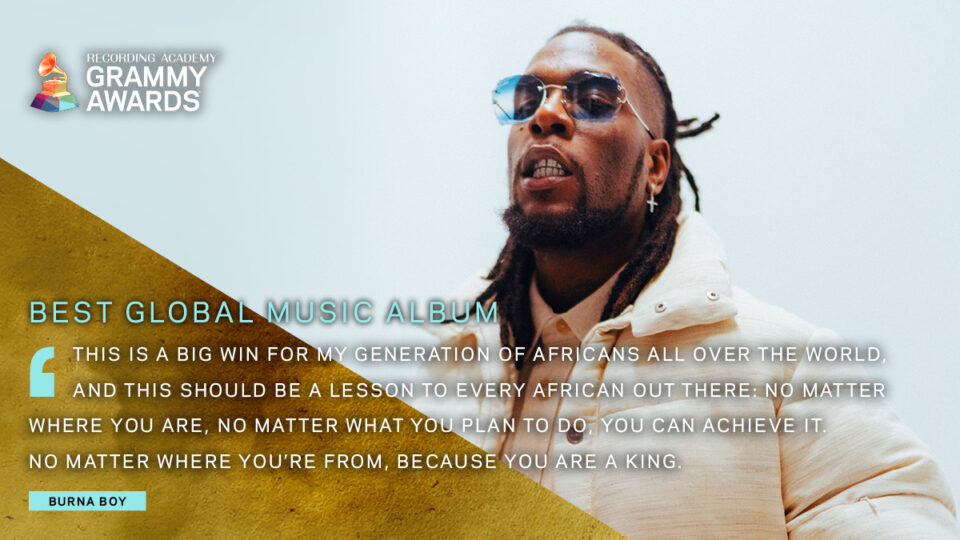 Nigerian afrobeat singer, Burna Boy has bagged the award as the ‘Best Global Music’ category at the 63rd Grammys award with his album, ‘Twice as Tall‘.

The African Giant has seen his hard work pay off as he revealed the amount of time and commitment that went into creating the album.

Famed American rapper Sean Combs better known as Puff Daddy was one of the International producers on the album.

The recording academy made the announcement via their official page on Twitter.