Petrol To Sell For N212.61 Per Liter In March, Says PPPRA 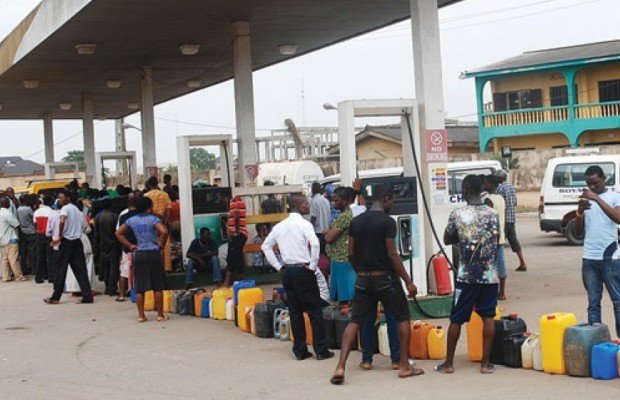 The Federal Government has officially confirmed the return of fuel subsidy, as the Petroleum Products Pricing Regulatory Agency, PPPRA, yesterday, fixed the pump price of Premium Motor Spirit, PMS, also known as petrol, at N212.61 per litre, for the month of March.

The new price, according to the PPPRA’s PMS guiding price, released to stakeholders, is supposed to commence from March 1st and run till March 31st, 2021.

The PPPRA confirmed that fuel subsidy actually officially returned in February 2021, as according to the downstream oil sector regulator, the actual pump price of PMS for February was between N183.74 and N186.74 per litre, meaning that the Federal Government paid an average of N16 per litre for PMS in the month.

According to the PPPRA, based on the average cost for the period, February 1st to 28th 2021, and an average FMDQ Importer and Exporter (I&E) Naira/US Dollar Exchange Rate of N403.80, the expected retail price of PMS for March 2021, stands at N209.61 per litre and N212.61 per litre, being the lower and upper band respectively.

Giving a breakdown of the cost elements of the commodity, the PPPRA put the Expected Ex-Coastal price at N175.73 per litre, comprising Average gasoline price (FOB Rotterdam barge), and Average freight rate of N169.22 and N6.51 per litre respectively.

Furthermore, the addition of the wholesalers margin of N4.03 per litre; administrative charge of N1.23 per litre; transporters’ allowance of N3.89 per litre; bridging fund of N7.51 per litre and Marine Transport Average of N0.15, brings the expected ex-depot price, that is the price at which the commodity is sold to petrol stations, to N206.42 per litre.

The PPPRA further stated that the inclusion of retailers’ margin of about N6.19 per litre, would bring the pump price of the commodity, the price at which it is sold to motorists, to N212.61 per litre.