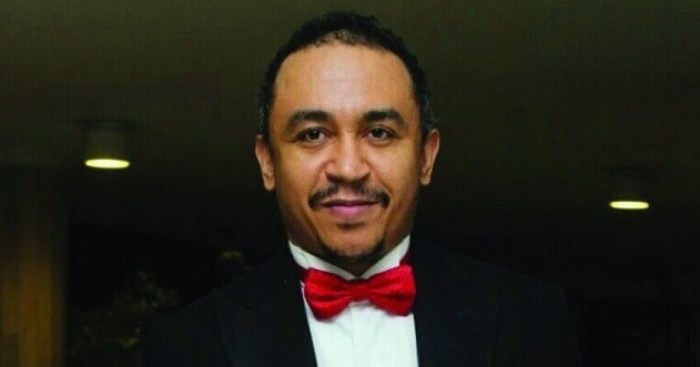 Popular Nigerian On-Air Personality, Daddy Freeze has been ordered by a court to pay an amount of N5 million for committing adultery with his lover, Benedicta Elechi with whom he bore a son Jason in 2015.

The ruling was given at a recent High Court sitting in Port Harcourt, Rivers State and he will be paying the money to Paul Odekina, who was married to Elechi at the time the adulterous act was committed.

The court proceeding was presided over by Hon Justice Akpughunum and per the ruling he gave, Daddy Freeze will be paying the money as damages for depriving Odekina amiable consort of his wife.

An Order of injunction is hereby granted, preventing Ifedayo Olarinde ? the Co-Respondent to the Cross Petition ? from having access or dealing whatsoever with the children of the marriage until they attain the age of majority.”

After the ruling, the marriage between Paul and Benedicta was dissolved and this was due to Benedicta’s adulterous act with Daddy Freeze and Paul now has custody of the children produced in the marriage while Benedicta has been ordered to hand over the children’s passports and birth certificates.

‘Fani-Kayode Beat Me Up During Pregnancy, Drugged ...