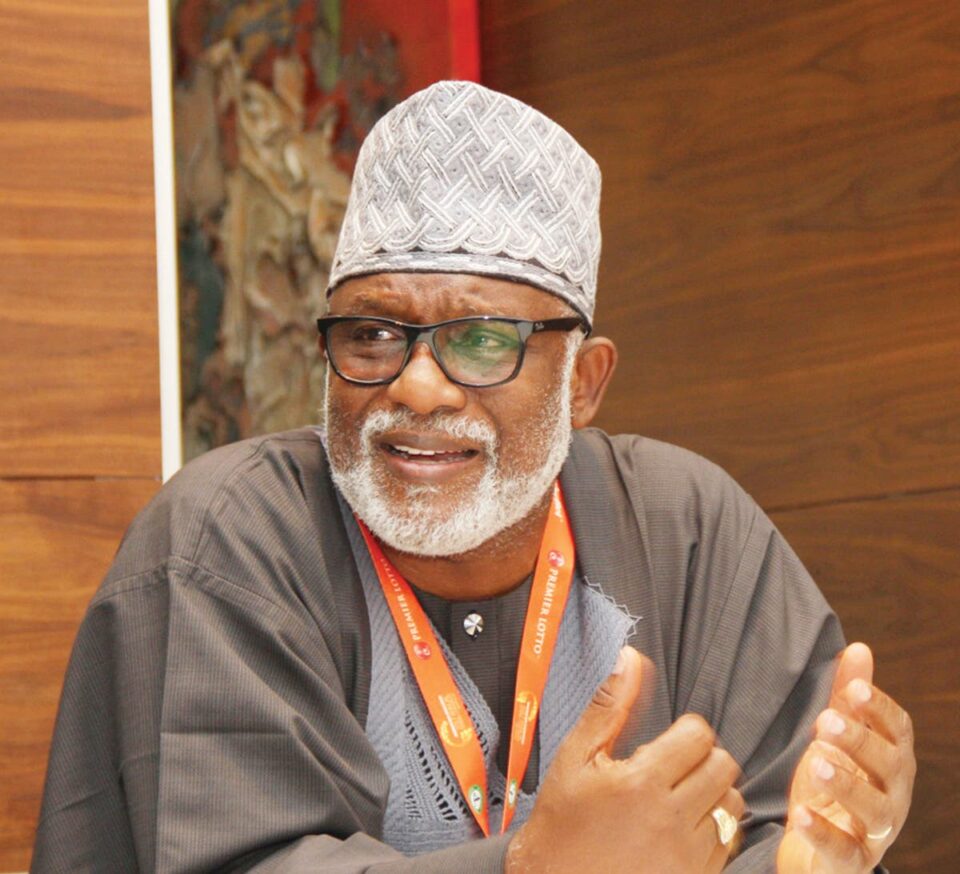 The Ondo state government has made it mandatory for all state students to recite the Oodua anthem in their schools.

The order reportedly affects all public and private institutions from primary to tertiary level in the state.

This was contained in a circular sent to all interested parties from the state Ministry of Education, Science and Technology.

The circular, entitled “Recitation of the hymn of Oodua in all schools”, was signed by the Permanent Secretary of the Ministry, Mr. Akin Asaniyan.

“Please note that, in the debate between schools and the award ceremony that has just concluded, organized by the Ministry of Education, Science and Technology of the state of Ondo, which was held on Thursday, February 25, 2021 at the International Center of Events and Culture (The Dome), Governor Rotimi Akeredolu, announced that the state has adopted the Oodua Anthem and that it will be recited by the residents of the state, ”the statement said.

“In light of this development, the Governor has directed that the anthem now be mandatory in all public and private schools (elementary and secondary), as well as in the state’s tertiary institutions, so that all students and teachers may recite from now on. “

Below is the statement; 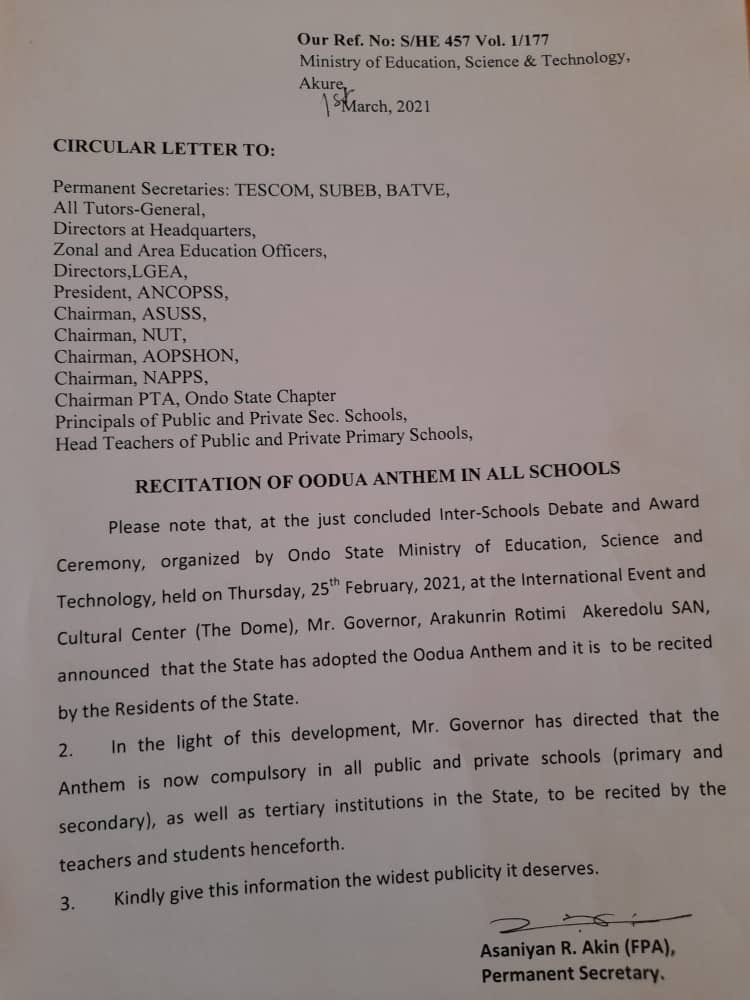