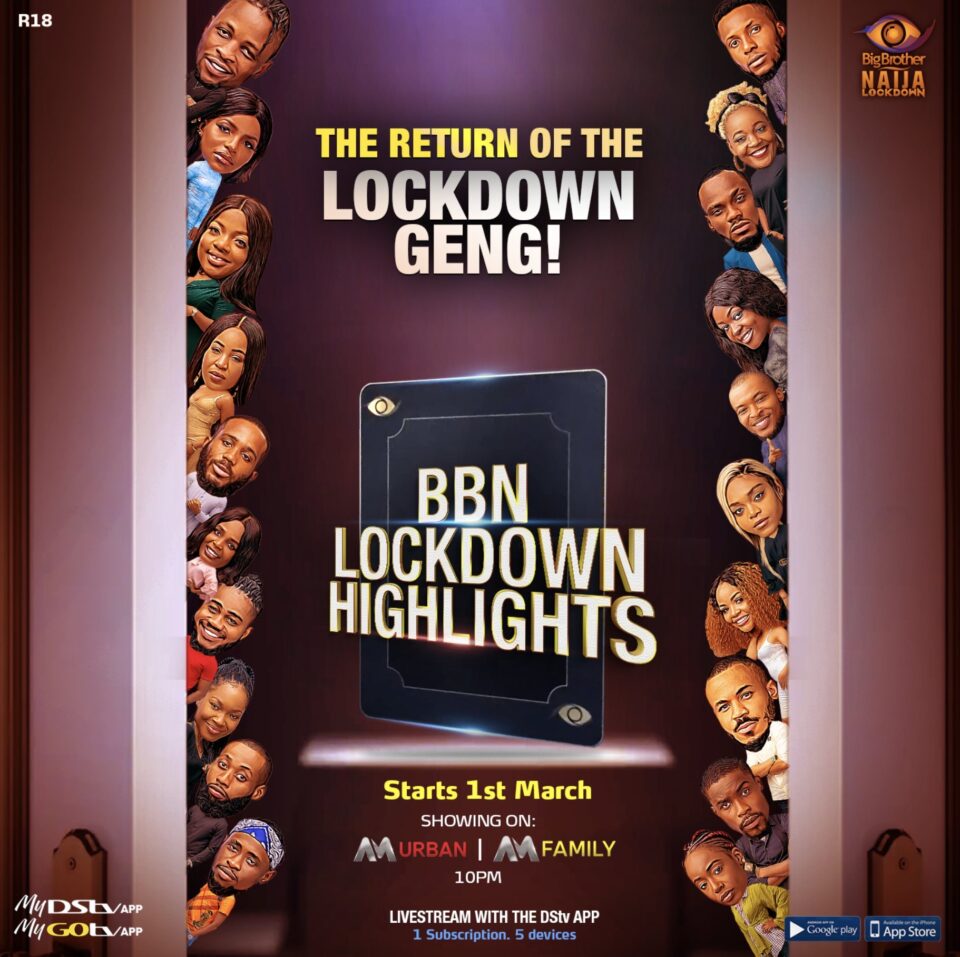 Big Brother Naija is back! This is not necessarily the reunion or a new season, instead, we get to relive all our favourite moments from the show.

Five months after the most anticipated BBNaija finale ever, MultiChoice is bringing back highlights from our favourite show, and we couldn’t be more excited!

Last night the first two episodes of the highlights aired, and it was amazing.  Here is how it all went down.

Fresh off being quarantined in hotels where many of the housemates fought personal demons, the contestants were acquainted with themselves, and some friendships were formed.

After defeating other housemates with the highest points, Nengi and Neo had to go head to head until the tie was broken and Nengi emerged as the first Head of House, it was a lovely sight to behold again.

Nengi chose Wathoni as her deputy head of house and they both got exclusive access to the HOH lounge. Then came the first major task, Nengi had to decide on who does what around the house. For some unknown reason, everyone wanted to work in the kitchen??.

The best part about last night’s highlight was that we got to see some long forgotten scenes, like Brighto and Ka3na bonding. Who would have imagined? Their conversation was cute, with Ka3na speaking on her life before the house and her audition process.

Another friendship bond we missed was Brighto and Neo. We caught them after lights out gisting in hushed tones which got them into trouble with Big Brother for audio infringement.

After the initial introductions and opening merriments, the housemates got work. First up was the workout session.  Remember Praise? He was the one leading the workout session back then. Always ready to flex a muscle. Many BBNaija fans will remember when Lucy also had us in our feelings while sharing her story, we almost cried again??

Do you ever wonder how Lilo and Eric got things off? Well, we saw it all last night. It all started with some hugs here, a couple of giggles there and then loads of longing-filled looks. Wonder why those two never pursued their romance outside the house.

The first diary session was more like a get-to-know meeting. Big Brother called each housemate individually for their first diary session, and many of the housemates couldn’t hide their excitement at being on the show. Who else remembers when Nengi told Biggie that she used the time spent in the hotel room to improve her relationship with God, reading her Bible quite extensively? E shock you abi?

To not miss a moment of the drama, visit www.dstvafrica.com or www.gotvafrica.com and download MyDStv or MyGOtv Apps to pay your subscription or switch your package. You can also download the DStv app on your iOS and android devices to livestream the show on multiple devices.