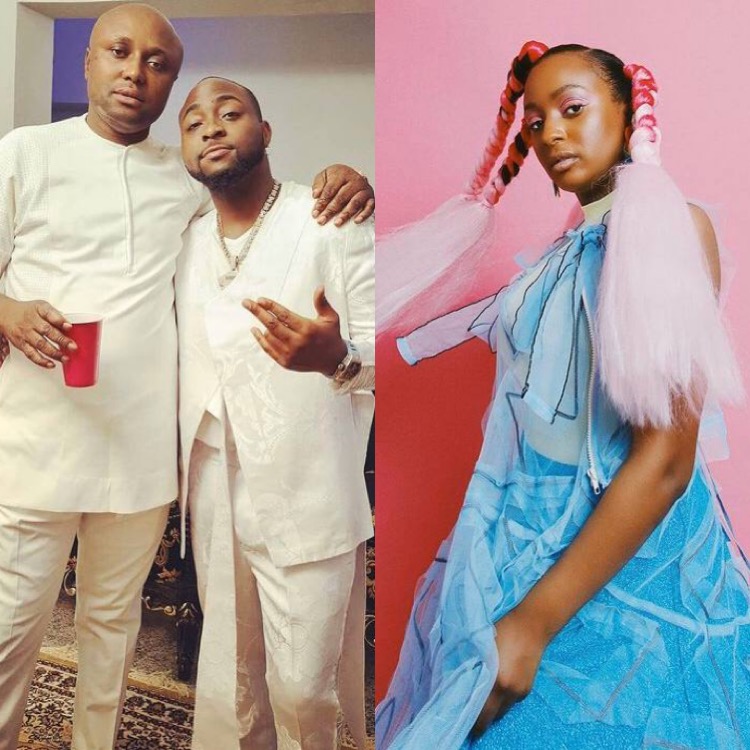 According to him: “Kudos to someone like Zlatan, who took a bold step by flushing a full fake friend like Cuppy who was just using his head all in the name of my papa na Otedola. Zlatan did a hit collabo with her, ordinary one kobo, he no see.

‘’She also took Zlatan to Abuja for her fundraising where she made billions of naira and didn’t even remember Zee for one kobo until tomorrow.

“No accommodation, no feeding. Zlatan had to even spend his own personal money at Transcorp Hilton to carter for everyone including me. Dis na 2021 abeg.”

DJ Cuppy reacting to that, responded to lsreal that he would hear from her lawyers.

Her lawyers in a letter to Isreal DMW have given him 7 days ultimatum to retract his statements and apologize publicly to DJ Cuppy over his comment which is defamation to her character and brand.

“We, therefore, write to demand that you immediately cease and desist from all libellous and defamatory statements of our Client, her business and her brand.

“Furthermore, we demand that within seven days of receipt of this letter; (i) You write a letter to be shared with the public containing a suitable withdrawal and apology in terms to be approved by us on our Clients behalf. (ii) You provide us with your full assurance and an undertaking in writing that you will cease and desist from repeating the publication of those or similar allegation concerning our client.” 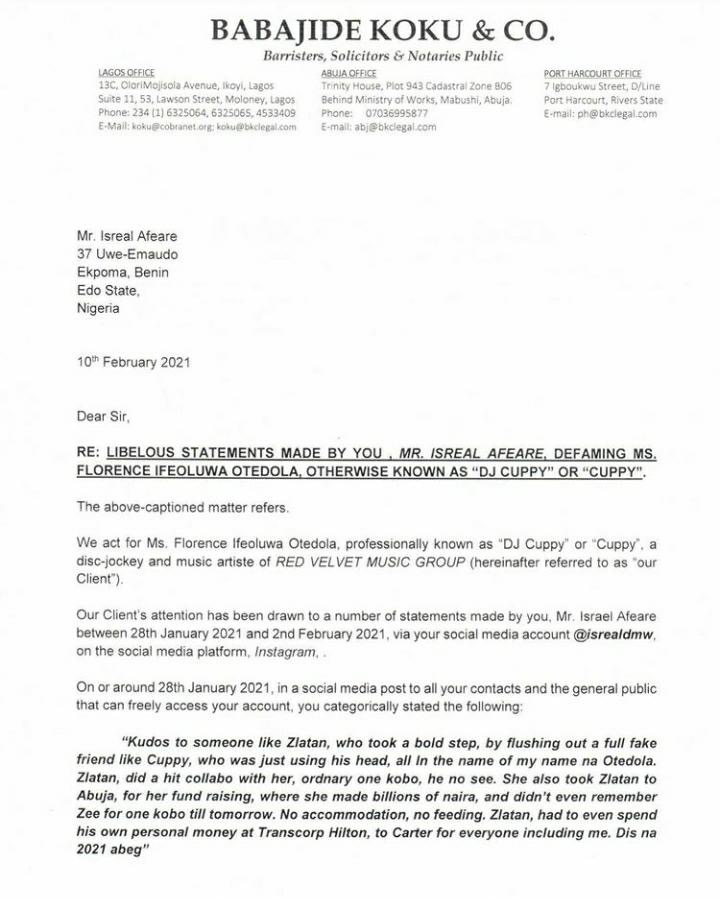 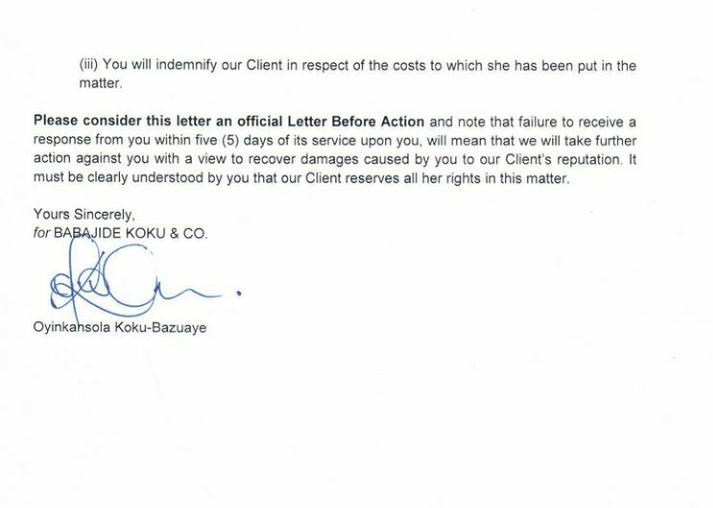